Yesterday I ventured forth to the office, to do my data entry and to clean my desk area. We had several meetings via the Internet, and several trainings–including one in which we were taught how to do work from home–and I wound up bringing my work home with me. We also had a department meeting on-line, to explain things we could be doing while self-quarantined and to make up hours lost by the shutting down of our testing programs. After my enormous freak-out on Monday (yes, it wasn’t a pretty thing when I got home from the office Monday afternoon), I feel a bit better about my job. It’s so weird, because I am used to being out there on the front lines doing testing and getting people treated…and to be instead isolated at home is a strange thing. What was even weirder was driving home. Under normal circumstances I would never leave the office at six; if I did, I wouldn’t take the highway home because I have to take the big off ramp from I-10 West to I-90 to the Westbank, and the bridge traffic usually has the highway backed up to Claiborne, where I get on the highway. Yesterday I didn’t even have to brake, that’s how light the traffic was–at six pm on a Tuesday. There were cars on the highway; I could see cars on the streets below (the highway is elevated as it passes through downtown)–and there were some peoples strolling on St. Charles…but other than that, nothing.

We finished watching Toy Boy last night, which was terrific and a lot of fun, and ending its first season with a terrific cliff-hanger to set up the second season. It’s great for bingeing, y’all; good trashy escapist fun to make you forget that we are trying to survive and live through a terrifying pandemic and the even more terrifying economic fall out from said pandemic. I also have to remember that I cannot stay inside the entire time; I need to get out of the Lost Apartment and take walks, enjoy the sunshine and the weather, and to take my phone or camera with me. No matter how introverted you are, you need to get out of the house sometimes–unless, of course, your introversion has turned into agoraphobia, which naturally means going outside would be the absolute worst thing for you to try to do.

I still have three stories to try to get written by the end of the month, and I am definitely going to give it the old college try. My mind has clearly been somewhere else over the last week or so–it’s hard to believe it’s only fucking Wednesday; this past weekend seems like it was years ago, last week a different life entirely and Mardi Gras? A different reality completely.

I haven’t even been able to focus enough to try to read–which is weird, as reading is always where I go for escape.

But the nice thing about working from home is that I can clean while taking a break from my data entry; I can also have trainings or webinars on my computer to listen to while I clean and organize the kitchen–and I can even broadcast said trainings and webinars to my television while cleaning the living room. This is a strange new work reality–it’s been years since I worked at home primarily–and one I am going to have to adapt to. I saw someone posting on social media yesterday a poll over whether people thought once this has passed, if things will go back the way they were or will be different. It’s a silly question, because this is a big cultural and societal change; it can never be the way it was before again–just like New Orleans isn’t the same city it was before Katrina, and it will never be that city ever again. Things never go back the way they were; just like the United States will never be the same country it was before 9/11 again.

We don’t know what our new reality is going to look like once we get past this crisis, so trying to speculate is kind of an exercise in pointlessness.

But one of the things, the mantras, that helped me get through the aftermath of Katrina was to focus on the things I could control. One of those things was my body; post-Katrina was probably the most dedicated periods I’ve ever had to my health and fitness and my physical appearance. Since the gyms are closed that’s not really a possibility this time around; although I can still stretch every day and go for nice walks, it’s not the same thing as hitting the weights three times a week. I also focused on my writing and editing; I didn’t write as much as I did before the interregnum–there were times I thought I’d never write again–but that didn’t stop me from my editorial duties, and I did eventually start writing again; this was the period that produced Murder in the Rue Chartres and “Annunciation Shotgun” and Love Bourbon Street. I also think writing–particularly since I’d be writing about a non-virus non-pandemic world–will provide a nice escape for me.

I also signed the contract with Mystery Tribune yesterday for my story “The Carriage House”–remember how last week actually started out with good news in my world? That also seems like a million years ago, doesn’t it? I’m always happy to sell a short story, and it’s always lovely to sell one to a mainstream market with a gay main character. (You can talk about how publishing needs to diversify all you want, but it’s still not easy to sell a story with a gay main character to a mainstream market.) It’s a terrific story, or at least I (and the people at Mystery Tribune) think it is, and it’s a concept that’s been lying around in my head ever since we first moved out of the carriage house and into the main house the first time, in June 2005, and came back to me when we moved back into the main house in December 2006. Many years ago–probably when I was far too young–I read a book by (I think) Gerold Frank, a true crime account of The Boston Strangler. There was a bit in the book about a woman who ran a boarding house, and began to suspect one of her tenants might be the Strangler; he was always agitated and acting strange the day of the murders, etc.; lots of circumstantial evidence but nothing ever definite. She remembered one day him staring at an advertisement in a magazine featuring an African-American woman for about ten minutes or so, rather obsessively; and she thought to herself, the next victim will be a black woman and sure enough, it was. You know, that sort of thing; the sort of thing that would be the basis for a Hitchcock movie (I’ve never seen The Lodger, which is a Hitchcock film–possibly based on a novel–about a woman who begins to believe one of her tenants is Jack the Ripper. I’ve always wanted to see it.) and it’s always been something that’s fascinated me. I used to joke that I never wanted to be one of those people interviewed on the news with a caption under my name (NEIGHBOR OF ACCUSED SUSPECTED NOTHING), but the concept of living in close quarters with a serial killer, or a thrill killer, or a killer of some sort–and beginning to suspect that you do, has always been an interesting thought and something I’ve always wanted to write about. “The Carriage House” is a culmination of all those thoughts and inspirations, and I am delighted you will finally get a chance to read it.

It’s also one of those stories that I originally thought would be a short novel, but it works much better as a short story.

More on that to come, of course, and now, back to the spice mines. 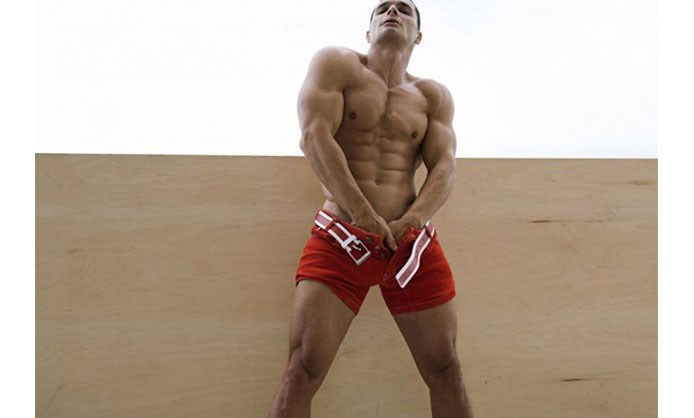