And here we are, Tuesday morning before the sun comes up. Huzzah?

I’m very pleased that I did manage to read three terrific books over the course of the Labor Day weekend, even if it meant not getting as much writing done as I would have liked. But sometimes, as I rationalize to myself fairly regularly, one has to allow the creative mind and batteries to rest and recharge, and it never hurts to read works by really gifted writers while allowing the creativity to recharge. I do, however, pity the author of the next book I read, as Celeste Ng, Steven Wright, and Paul Tremblay have truly set the bar ridiculously high.

Ergo, I must choose wisely.

But I do believe I have chosen wisely: next up is Babylon Berlin. I loved the show, and from a glance over the first page it looks to be really well written (or should I say translated? I’m never really sure about these things), and I love the idea of going back in time with my reading.

I did work on a chapter yesterday, adding some important things to it, including a scene where my main character goes to the grocery store in town and is recognized by someone he doesn’t know; this happens to me every time I go back to where we are from in Alabama, without fail, and I was realizing, as I looked at the chapter yesterday, that several things were missing from the story thus far: him running into someone who recognizes him because of the family resemblance (including the unsettling “I changed your diapers!” which always bothers me, and I am only sorry I never said what I always think when someone says that to me, “Why do you want me to know you’ve seen my dick?”), any mention of guns or church; and more information about what the town is like. The book is already too long; the next draft/version will be about trimming the fat and making it more lean, but I am still pretty pleased with it and how it’s coming, even if it is coming more slowly than I would like.

When I get through this version, I think I am going to have to take some time off from work and spend like five concentrated days with it.

I am also still thinking about Paul Tremblay’s The Cabin at the End of the World, which is really saying something; and I keep thinking about things I could have said in my review yet somehow didn’t. I am really looking forward to my next venture into reading Mr. Tremblay, which will most likely be Disappearance at Devil’s Rock. He also has another one coming out soon, Survivor Song, which sounds absolutely terrifying.

I am treating myself to cappuccinos this morning, as a reward for having to get up so early. I do love my cappuccinos, even if they are made with a rather cheap machine I got somewhere as a kind of back-handed gift to myself, but I now have a really terrific milk frother that I love and does a truly terrific job on making my milk nice and warm and frothy. (Plus I need the extra kick from the concentrated caffeine to help me get underway with my day.) I had insomnia again last night–which seems to always inevitably happen the night before I have to get up early; I wonder if stress about oversleeping or sleeping through the alarm is part of the problem? If so, it’s not something I am consciously aware of, and perhaps something I should take some kind of initial steps to take care of–less caffeine the day before, etc.

We started watching a new crime show last night on Showtime, We Hunt Together, which seems to be rather clever; particularly in depicting the police team investigating the crimes as a mirror image of the couple committing the crimes; white woman, Black male immigrant. So far their victims have been pretty awful men who kind of had it coming, so there’s that, and it’s cast very well. We also watched the older Netflix film The Babysitter, which was interesting and funny in parts; we primarily watched because a sequel is being released soon that is highly recommended. You also can never go wrong with Robbie Amell shirtless–he is absolutely beautiful, and he must have a Netflix contract because he shows up in a lot of their movies/shows…as do any number of other young actors and actresses; makes you wonder if the studio system is sort of coming back.

But this is a short week–feels like Monday, even though it’s really Tuesday–and so that’s also a win.

I’ve also decided not to stress too much about what I get done this week; I always have extremely high hopes going into the week every week, only to suffer crushing disappointment at my inability to get things done. Maybe it’s not the best thing to lower expectations, but it’s better to feel good about getting things finished rather than bashing yourself for not getting more things done, isn’t it?

And on that note, tis back to the spice mines with me. Have a lovely Tuesday, everyone.

Sliding into Sunday with two storms heading this way, less that two days apart. Ah, 2020, you just keep 2020-ing, don’t you? We are in a flash flood warning from today through Thursday, as I see over at nola.com, and are in a hurricane warning as well. Parking restrictions have been lifted, and I am feeling fairly certain that this time around our street will likely flood again–as it has done only once before, and not during a hurricane–because the fucking two empty lots have a stupid condo building going up on it, so there’s no place for water to go this time. I’ll probably have to move my car this afternoon to get it up higher than where it is parked right now. I checked my phone this morning but there’s nothing from work; which is in and of itself interesting: with so few people actually working in the office, what exactly is the policy and procedure during a hurricane? Monday is supposed to be clinic hours, of course, but since the hurricane could be hitting us smack dab in the middle of those, are we really going to have our clinic? Although–looking at the latest track, it appears to have slowed down some and is now predicted to cross over us around seven pm on Monday–whereas last night before I went to bed it was one pm.

May we live in interesting times, indeed.

I just hope we don’t lose power–although the two storms will indubitably amp up the humidity, I don’t think it will be as hot. That was what saved us that week when Ike knocked out our power and hovered over the city for a couple of days; the cloud cover made it cooler, otherwise it would have been completely unbearable.

Yesterday was a rather relaxing one. I did run an errand–which I may regret, as I wound up buying more perishables, and–sigh–my freezer is full–and then came back home to relax some more. I worked on Bury Me in Shadows a bit, finishing Chapters Two and Three and pulling up Chapter Four before going to bed, and it’s coming along rather nicely. We watched Jojo Rabbit last night–didn’t really care that much for it, to be honest; I guess it was just too smart for me–and then started watching Warrior Nun, which really didn’t engage us very much after the first episode, but we are intrigued enough to give the second episode a chance–you can never really judge a show competently by its first episode (although the first episode of Lovecraft Country was off the chain amazing), and sometimes it takes an episode or two to get going (hey, Outer Banks took four episodes to hit the ground running), but our standards have been set pretty high this year–we’ve watched some amazing programs this year.

I also decided to treat myself to cappuccinos this morning because why not? Marco tomorrow, Laura Wednesday; the potential of living a week in August without power; yeah, who cares about the mess and all the moving parts of the espresso machine to clean this morning? Besides, the jolt I’ll get from two cups will power me through the rest of this morning and I’d like to get more chapters finished today–since who knows how long we’ll have power this week–and I am busily charging up all of my devices; granted, as long as the car isn’t under water and will start I can always go out there, turn the air conditioning up as high as it can go, and sit there while my phone recharges, like during Ike.

I also managed, from the looks of things, to get some organizing and cleaning done around the kitchen/office yesterday, which was not only necessary but needed. There are still some things I need to get straightened up, of course, and some things to get filed, but it’s not nearly as messy as it has been lately. I also tend to get neater the more into writing a book I get, so there’s that. I am really feeling my characters now, and I think I am doing some very good work on this book now. Ideally, it will be finished by the end of the month–that was the goal, and while it no longer seems likely anymore–am I really going to revise 21 chapters in eight days?–at least I am on track to get it finished and turned in sometime in September, which is lovely; and then I can get to work on the Kansas book and finally get that fucking albatross from around my neck.

I also gassed up the car yesterday just in case. And the lovely thing about a Honda is that IF we do need to suddenly have to evacuate, a full tank will get me pretty damned far. Although I am not worried about a sudden evacuation, of course; no one seems to be leaving New Orleans today and the storm will be here tomorrow.

It’s weird looking outside my windows this morning, which is definitely a sign that a storm is coming–that weird eerie stillness and surreal glow to the light.

And so, I need to put hurricane warnings and thoughts aside, otherwise my obsessive personality will find me sitting here, refreshing weather.gov every few minutes looking for updates, and waiting to hear from work whether I actually have to go into the office tomorrow. I am going to put all those worries and anxieties aside–as worrying and being anxious will solve nothing, it never does–so that I can be as productive as I possibly can this morning.

I think I’m going to have another cappuccino and curl up with Lovecraft Country for awhile.

Have a safe and lovely Sunday, Constant Reader. 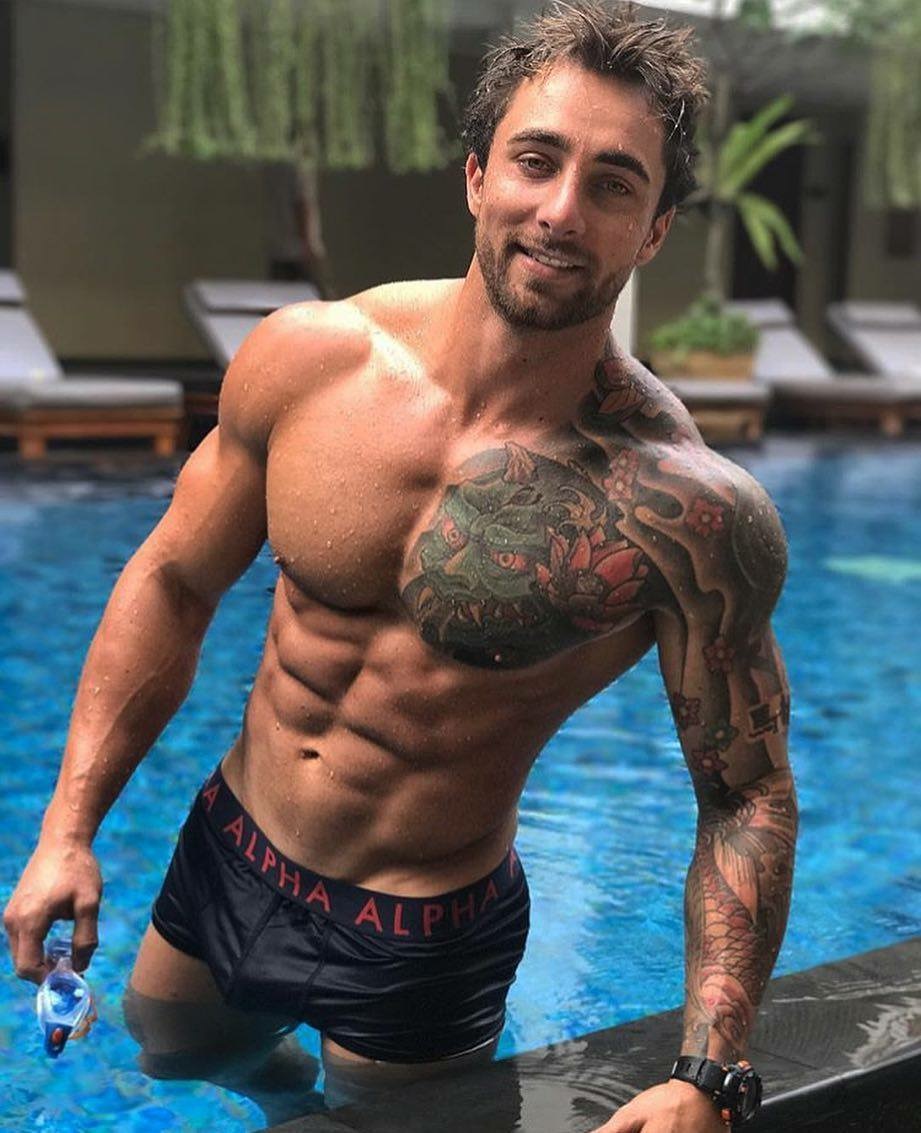