I think the worst thing of all this is the uncertainty, you know? Every time the fatigue sets in, every time my mind gets foggy, every time I can feel my temperature going up, after the great here we go again thought comes the what if you actually test negative? What does that mean? If you don’t have this, what the hell is wrong with you?

Paul suggested that part of the fatigue could come from the lack of activity, and there’s a possibility that might be true. Once I finish this, I am going to get down on the kitchen floor and stretch, just to see how that feels. I am really not overly comfortable going for a walk, in all honesty; not knowing whether or not I am actually infected makes going out of the Lost Apartment seem like an incredibly foolish and irresponsible thing to do. I do have a mask–an official medical one, and gloves too–I had to buy these when Paul had his heart surgery all those years ago, and my tendency to hoard actually came in handy for once, so I suppose keeping a distance from others while wearing gloves and a mask should be okay, but there’s so much uncertainty about everything–hell, I don’t know if I actually am infected or not–that I just don’t know what I should be doing or should not be doing.

But I am lucky, because if I do indeed have this, at least it hasn’t moved into my lungs, at least not yet. I think it’s the lung part that is problematic for people; the inability to breathe, of course, would be horrifying, as well as feeling like you’re drowning. I go back and forth all the time on everything; it’s horrible to be indecisive, to not know what the right decisions are or even what the consequences of the wrong decisions could even be. This also isn’t like me, and I don’t know if it’s the foggy head or just the times or if I am simply being visited by some good old PTSD. Anything at this point is possible, and there are so many goddamned variables…and being trained since birth to always expect the worst doesn’t help much, frankly.

Yesterday wasn’t too bad, all things considered. I did some chores around the house once I woke up, ate some cereal, and then was exhausted (again, lack of activity, or illness?) and so I collapsed into my easy chair and couldn’t even focus on reading. I did get a few chapters more into Ammie, Come Home but after awhile put it aside and got lost in Barbara Tuchman’s A Distant Mirror. ESPNU also decided to replay a series of LSU games from last season–the Mississippi game, then the play-off game with Oklahoma and the national title game–so I had that on while I read and dozed off and on. I never nap; and I always have trouble sleeping–which is the truly weird thing about all of this; the amount of sleep I’m getting, and then again–maybe I’m tired from sleeping too much, I don’t know. After Paul got home and we watched the end of Schitt’s Creek (which I am very sad to say goodbye to; it may be my favorite sitcom of all time), and then I read some more before going to bed.

The exciting life of a gay mystery novelist.

I do have creative bursts, though-which gives me hope that someday soon I might actually start writing again. I’ve been thinking through Bury Me in Shadows, and I think i might have actually solved the mystery of what’s wrong with the story. In fact, rather than reading any of my various books that I have spread out on the end table next to my easy chair (the two afore-mentioned, along with Du Maurier’s The Breaking Point and my iPad, which has a plethora of books in its various book-reading apps) I should probably reread the entire manuscript, perhaps even do an outline, and then figure out how to make it better and revise it, so when I can get back on a roll with writing again I can get back to it. I’ve also been thinking about the Kansas book, and I think I’ve cracked that code at long last–since I started writing it in either 2015 or 2016, about fucking time, wouldn’t you say–and so maybe, just maybe, i can get to that too. I also have to write my Sherlock story. The kitchen is also a mess–there’s a load in the dishwasher that has to be put away and the sink is full of dirty dishes as well, and there are clothes in the dryer as well-and God knows when the last time I did the floors was. I am going to try to get some of this stuff handled at some point today.

And on that note, I am going to try to get started on everything and see how much I can get done before I run out of energy–not that I have a lot right now, but the coffee is helping give me a bit of a boost, which is always nice–and see what can get taken care of before the malaise comes back.

Sorry to be such a downer, and I hope all is well with you, Constant Reader–and stay safe. 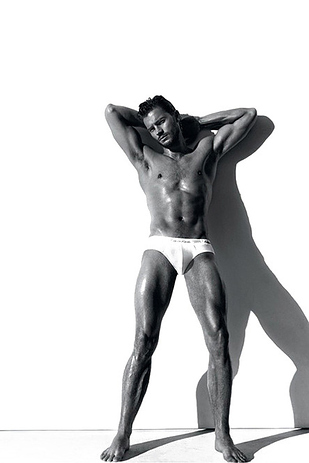