And now, tis time to turn the three days left of my vacation into a productive time.

I have spent the last two days simply doing as I pleased; occasionally stepping up to do some chores around the Lost Apartment, but mostly just reading and watching things on television. I tried, the other night, to watch a movie, but gave up on both Lucky Logan and The Man in the Iron Mask (Leonardo DiCaprio version); I also tried watching a documentary, How the Devil Got His Horns, but quickly bored of each of them. I will probably give Lucky Logan another shot, as I love both Channing Tatum and Adam Driver, and it seems like a subversively brilliant and funny noir movie. (I actually stopped watching, not because I was bored, but because I thought, Paul would probably like this movie so I should wait and watch it with him)

I also watched the original Star Wars trilogy yesterday–well, more like had it on as background noise while I did other things–and while Episode IV has always been my favorite, since it was the first, I have to confess for the most part Episode V is probably the better film. I also have always resisted criticism of Episode VI, but the more I watch the more I tend to agree with the criticism. I mean, really, was the entire opening sequence rescuing Han necessary? It took up a good portion of the film, quite frankly, and to what purpose? And precisely, how did Luke, who never finished his training in Episode V, was far too impatient and wasn’t breaking through, suddenly become a Jedi Master in Episode VI?

Questions. So. Many. Questions.

But today, I need to get moving. I need to write, I need to proof the pages of Royal Street Reveillon AND the cover design and get that turned in. I need to finish cleaning the downstairs–I started and made some lovely headway over the past two days, doing it leisurely, and I’d like to keep that pace going, so by Sunday evening the entire place will be sparkling and clean. I want to read some more of Angie Kim’s Miracle Creek, and I have a lot of cleaning and organizing to do around my desk–balanced around the complaints and whines of Needy Kitty, who wants me to sit in my easy chair so he can sleep in my lap. I’ve also been going to bed ridiculously early every night, around ten, and sleeping until eight every morning, which has also been lovely. I don’t feel a bit slothful, which I usually do when I am getting this much sleep and doing so little. But I chose to look at Wednesday and Thursday as holidays, and now I can get some work done over these final three days of vacation.

A Twitter conversation sometime in the last few weeks with Rob Hart (whose soon-to-be-released The Warehouse–actually being released on my birthday) got me thinking about gay representation in crime fiction over the years, and reading I the Jury (surprise! Mickey Spillane’s first novel is rife with homophobia) made me remember that the only James Ellroy book I’ve ever read also had homophobia in it. I’d always wanted to read Ellroy, just had never gotten around to it, and I’d decided to dip in with a lesser known work. There was a gay character in it–minor–and the way he was talked about, the way he was treated, and the language that was used, was horrific. Despite owning a copy of L.A. Confidential, I’ve never read it…nor read any other Ellroy. I’ve always intended to go back and read some Ellroy; I met him when he was named a Grand Master by the Mystery Writers of America and we had a weird bonding experience over the Ken Holt mystery series for boys that we both read as kids. But I could never remember the name of the book of his I’d read. I knew it had a one-word title, which narrowed it down somewhat, and I’d even gotten a copy of Perfidia only to realize it wasn’t the book. For some reason I went digging around on Amazon and realized the book in question was Clandestine, and now I want to read it again.

Honestly. But the Spillane essay I’ve been making notes on would kind of fit into the over-all concept of a larger examination of gay representation, homophobia, and homophobic content in crime fiction; as well as questions of masculinity and toughness in America and American fiction.

It was also be interesting to do an essay comparing/contrasting Megan Abbott’s historical noir fiction with Ellroy’s.

So much writing, so little time, so little desire to actually do any of it.

I’d love to write noir novels about the hidden gay underground of Hollywood’s Golden Age; I had a great idea for one a while back that involved the drowning murder of a young actor who was sleeping with powerful gay men to help his own star rise at a studio in the 1950’s, and how his roommate/best friend/ex-lover, also an actor on the rise, tries to solve the crime since the homophobic cops don’t give a shit about another dead gay man in Los Angeles. It even has a great noir-like title: Chlorine.

I have so many ideas, always.

And now, it’s back to the spice mines. I have a load of laundry to fold, some things to print, and then it’s time to buckle down and start getting things done. 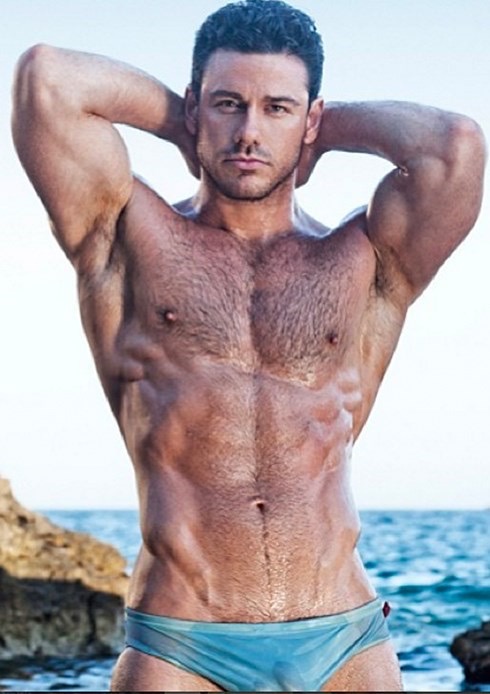