So, yes, it’s my birthday. I took the day off from work and am staying home for the most part. But I do have to go to Costco AND the grocery store today; living large, right? This might be my wildest birthday ever! (Sarcasm.)

I mean, do I know how to celebrate a birthday or what?

But this is the fifty-seventh, and I wasn’t really raised to be overly sentimental about birthdays; I’ve never really made a big deal out of mine, and now all it really is, is simply an excuse to take a day off from the office. I didn’t get nearly as much done this weekend as I would have liked; yesterday was lovely–I don’t think I went outside even once, which to me is of course a lovely lovely day.

I really  do want to become a recluse. I remember someone asked me on a panel once to describe what my dream success would be, and I replied, to make enough money to  not only not have to have a day job but to be able to pay someone to run my errands for me so I’d only have to leave the house to go to the gym.

Is that really so much to ask? Apparently. Ah, well.

I hope to do some writing today as well. We shall see how that goes.

Next up in Florida Happens is Neil Plakcy’s “Southernmost Point.”

Neil S. Plakcy is a U.S. writer whose works range from mystery to romance to anthologies and collections of gay erotica. He has twice been a finalist for the Lambda Literary Award for Best Gay Men’s Mystery Novel.

Plakcy began his professional publishing career with the first of his Hawaiian mysteries, Mahu, acquired and edited for Haworth Press by mystery author Greg Herren. With the second book in the series, Mahu Surfer, Plakcy moved to Alyson Books, which continued the series with Mahu Fire and Mahu Vice, and published their own edition of Mahu in 2009. After the close of Alyson, MLR Books picked up the series, publishing new editions of the first three and then continuing the series.

Plakcy and long-time friend Sharon Sakson co-edited a collection of stories by gay men about their experiences with their dogs, entitled Paws and Reflect: A Special Bond Between Man and Dog. A frequent contributor to gay anthologies, Plakcy has also edited numerous collections of gay erotica.

With the publication of GayLife.com in 2009, Plakcy entered the M/M romance genre, basing the book on his own experiences in software and web development and his familiarity with Miami Beach.

Plakcy has been a finalist for the Lambda Literary Award three times: twice in gay mystery, and once in gay romance. He won the “Hawaii Five-O” award given by attendees at the Left Coast Crime fan conference and his work has been enthusiastically reviewed by mainstream and specialty publications as well as by many fans. 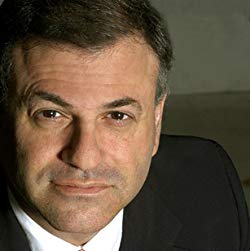 It started with a selfie, and the drag queen who photo-bombed my boyfriend Lester and me.

Lester represents single-batch whiskeys, based out of Fort Lauderdale, where we both live. His region extends all the way to Key West, and one weekend in January he had a couple of promotions set up at bars on Duval Street, in the center of the entertainment district. I had a couple of days’ vacation coming to me from the FBI, where I work as a Special Agent attached to the Violent Crimes Task Force, so I took them and went along for the ride.

And a beautiful ride it was, once we ran out of highway, then cleared the urban congestion of Key Largo. All of a sudden there was water on both sides of the road, the dark blue-green of the Atlantic to our left, the lighter green of the Gulf of Mexico to the right. The long emptiness of the Seven Mile Bridge was liberating, even with the skeleton of the old railroad bridge beside us.

We made it to Key West late on Sunday afternoon, and after we checked into a bed-and-breakfast on Duval Street, we rented bikes and cycled over to the Southernmost Point, a big marker striped in yellow, orange and black that indicated we’d reached as far as you can go on the US mainland.

“Imagine living down here,” Lester said. “Only ninety miles to Cuba, and nearly twice that back to Miami.”

“I think there’s a kind of person who likes to live at the edge,” I said. “So far from everything else. Like you can leave all the troubles you had wherever behind you and kick back with a margarita and a pair of flip-flops.”

“Thank you, Jimmy Buffett,” Lester said. “Come on, let’s get a picture of us with the marker in the background.”

This is a fun, suspenseful tale about, interestingly enough, what happens when you get photobombed by a stranger and post the picture on social media; a sly commentary, really, about how social media has reduced the size of the world and shows us, sometimes daily, how many degrees of separation we really are all from each other–which isn’t as separated as one might think. Neil does a deft job of keeping the action moving, as well as developing his vacationing gay male couple with just a few quick lines here and there, and their relationship as well through the couple-dialogue speak they share. It’s a fun story, with lots of Key West color, and I’m very glad to have it in the book.

And now, off to the spice mines.