Wednesday. I found my missing copy of The City of Lost Fortunes, which ironically was in my backpack the entire time in a pocket I didn’t check because I wouldn’t have put it in there. Yes, sometimes I wonder about what’s left of my sanity.

Paul returns sometime today; he never tells me his itinerary when he travels, so unless I absolutely pin him down and make him tell me, or forward the itinerary to me, I have no clue when he gets home. It’s usually late in the evening–he is one of those who, no matter how many times I tell him to never do this–always takes the last flight of the day. Rule Number One of traveling is never to take the last flight of the day because disruptions in service can trap you overnight somewhere. And since visiting his family always requires a connection somewhere, it happens almost every single time.

I also finished reading The City of Falling Angels last night; John Berendt’s tome about Venice, and enjoyed it very thoroughly. I have some thoughts about the book, and Venice in general, but I am going to let them percolate for a day or so before talking about them on here.

Yesterday I worked some more on “Don’t Look Down”–again, it is like pulling teeth–and started another short story. I shouldn’t have started writing another story, in all honesty, but “Burning Crosses” has been a story I’ve wanted to write for a really long time, and it starting taking form in my head yesterday so I just kind of dove in headfirst. I also started “Feast of the Redeemer,” my Venice story, which I blame entirely on John Berendt. Today I don’t know what I’m going to write, but I think I am going to start trying to outline the rest of the Scotty book. It may not actually be actual writing,  but it counts as work.

I read two more short stories. First up: “The Daemon Lover” by Shirley Jackson, from The Lottery and Other Stories:

She had not slept well; from one-thirty, when Jamie left and she went lingeringly to bed, until seven, when she at last allowed herself to get up and make coffee, she had slept fitfully, stirring awake to open her eyes and look into the half-darkness, remembering over and over, slipping again into a feverish dream. She spent almost an hour over her coffee–they were to have a real breakfast on the way–and then, unless she wanted to dress early, had nothing to do. She washed her coffee cup and made the bed, looking carefully over the clothes she planned to wear, worried unnecessarily, at the window, over whether it would be a fine day. She sat down to read, thought she might write a letter to her sister instead, and began, in her finest handwriting, “Dearest Anne, by the time you get this I will be married. Doesn’t it sound funny? I can hardly believe it myself, but when I tell you how it happened, you’ll see it’s even stranger than that…”

Sitting, pen in hand, she hesitated over what to say next, read the lines already written, and tore up the letter. She went to the window and saw that it was undeniably a fine day. It occurred to her that perhaps she ought not to wear the blue silk dress; it was too plain, almost severe, and she wanted to be soft, feminine. Anxiously she pulled through the dresses in the closet, and hesitated over a print she had worn the summer before; it was too young for her, and it had a ruffled neck, and it was very early in the year for a print dress, but still…

This story, which is sad and tragic and, like so many Shirley Jackson stories, a real mystery where it’s left up to the reader to interpret what is really is about, is terrific. It resonated with me because I am one of those people who is too excited and restless to sleep the night before something I am looking forward to; and I can never wait until it’s time on that day, having to make myself busy doing things and keeping myself occupied and then, when the appointed time arrives…yeah. One of my neuroses is being stood up; having someone make a date with me for anything, something I am excited about doing, and then never hearing from the person. With this story, we are never entirely sure if this is something she imagined or it was only in her head or if it was real, and this makes it all the more poignant and sad and heartbreaking. There was something of Raymond Carver in this story; in its ordinariness and sadness and poignancy; but Jackson was far superior to Carver–although this story made me want to read something of his again.

Next was “Ampurdan” by Warren Moore, from Lawrence Block’s Alive in Shape and Color.

Alan Bowling was walking again. The golden light of the Colorado autumn played across the rusts and browns of the ground beneath him. Behind him, the city. The air was cool here, away from the shops, the school, the fringes of the city of Ampurdan.

Alan didn’t know why the city–pfft, city. Don’t put on airs; at most, a town, really–was named Ampurdan. He had read that the word was an old name for a place in Spain now called Emporda. He himself privately called it “Ampersand,” a place between two other places, connecting them by force of…by force of what? How did an ampersand connect things, other than by force of will and in the mind of the person connecting them? The and of the ampersand the conjunction, was between whatever two things the speaker, the thinker, chose to conjoin. And since in Alan’s life, the only conjunctions he saw were the compounding of day upin day, there seemed to be little sense of a period to this place, to this life. Merely a string of days becoming ellipsis, until one day each inhabitant reached an end of words.

“Ampurdan” is a perfectly fine story, and similar to the Jackson in its depiction of sadness, loneliness, and poignant in telling the story of lonely Alan Bowling, who goes through his life missing opportunities to be happy through no fault of his own. He knew love once and it wasn’t returned; he was also the kind of person who only loves once. There’s also a bitter horror at the center of the story, but rather than being horrified by what Bowling did, we are sympathetic and understanding because Moore does such an amazing job of painting the picture of who Alan is, what drives him, that aching sadness and loneliness at the core of his being. This isn’t one of my favorite stories in this collection, but it’s certainly a strong story, and an indication of how terrific the entire collection is, honestly.

And now, back to the spice mines with me, 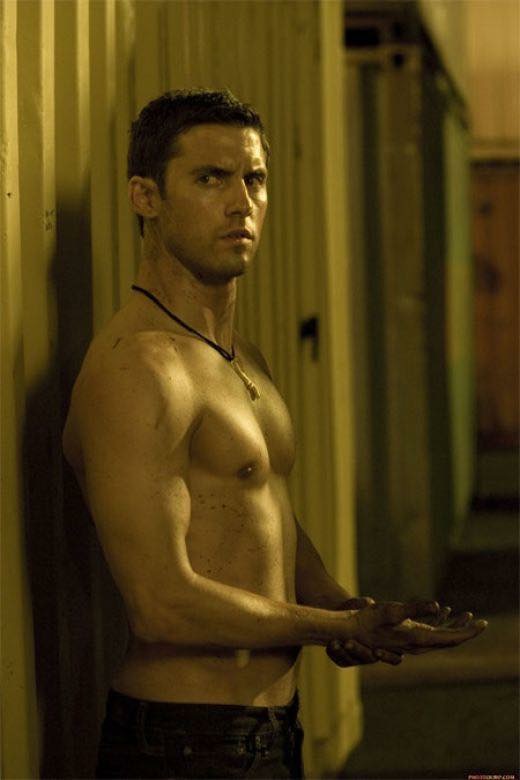