The week is at its halfway point. I am also taking a three day weekend to honor my fifty-seventh birthday (it’s on Monday; there’s still plenty of time to shop for a gift–although cold hard cash is always welcome), and who knows what else I’ll get up to this weekend? We shall see, but if anything I am looking forward to just having three days off from work.

I’ll probably end up cleaning a lot, which is what I always tend to do.

Last night I broke down and took a sleeping pill, so today I feel amazing and rested. I’ll try to sleep tonight again without one.

Next up in the Florida Happens short stories would be Craig Pittman’s “How to Handle a Shovel.”

Per  his website: Craig Pittman is a native Floridian. Born in Pensacola, he graduated from Troy State University in Alabama, where his muckraking work for the student paper prompted an agitated dean to label him “the most destructive force on campus.” Since then he has covered a variety of newspaper beats and quite a few natural disasters, including hurricanes, wildfires and the Florida Legislature. Since 1998, he has covered environmental issues for Florida’s largest newspaper, the Tampa Bay Times. He has won the Waldo Proffitt Award for Distinguished Environmental Journalism in Florida four times, and twice won the top investigative reporting award from the Society of Environmental Journalists. Stories he has written for Sarasota magazine have won three first-place awards from the Florida Magazine Association.He’s the co-author, with Matthew Waite, of Paving Paradise: Florida’s Vanishing Wetlands and the Failure of No Net Loss, (2009), which won the Stetson Kennedy Award from the Florida Historical Society. His second book was Manatee Insanity: Inside the War Over Florida’s Most Famous Endangered Species (2010), which the Florida Humanities Council named one of 21 “essential” books for Floridians. His latest book The Scent of Scandal: Greed, Betrayal, and the World’s Most Beautiful Orchid, was just published. His latest book, Oh, Florida! How America’s Weirdest State Influences the Rest of the Country, hit stores in July 2016. 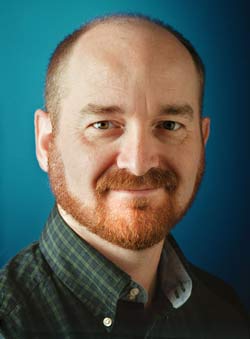 The green Ford pickup truck jounced along the washboard road, a cloud of dust swirling in its wake. The radio was on. Carrie Underwood faded in and out of the static like she was about to disappear.

Billy, the skinny kid sitting in the passenger seat, peered over his shoulder into the bed of the truck to check on their load. As the truck rumbled on, the twelve gopher tortoises were all of bouncing around in their shells and probably wondering what the hell happened to them.

The driver, a heavyset man everybody called J.T., noticed what Billy was doing and smiled to himself.

“It ain’t fair,” Billy said, turning back around.

A sunburn blossomed on Billy’s cheeks. The wind from the open truck window plucked at his straw-colored hair. Sweat had bled through his  T-shirt, and globs of dirt stuck to his ragged sneakers and the sweaty parts of his shirt and faded jeans. It even adhered in spots to the sweat that had run down his face, creating splotches of salty mud.

“What ain’t fair?” asked J.T. He wore a sweat-stained camo cap pulled down low his bald head. His short-sleeve shirt strained at its buttons. It had once been dark blue but it had faded until it matched the sky. J.T. kept the shirt tail untucked to accommodate his bulk, and now it lay across his lap like a table cloth, parted in the middle for the spit cup he held between his meaty thighs. J.T.’s graying beard started around his earlobes and hung down to his belly like a pennant, and around one side of his mouth were a few stray flecks of tobacco. He kept his sun-baked elbow leaning on the truck window, steering with two fingers on his left hand. With his right, he grabbed the cup and held it up so he could spit a stream of brown juice into it, still keeping his eyes on the road. Then he shoved the cup back where it had been.

“What ain’t fair is how I’m doin’ all the work and takin’ all the risk, and you keep about all the money, that’s what,” Billy said. He knew he sounded like a whiner. He didn’t care. He was just trying one more time to persuade J.T. to hand over his money before he was forced to off the fat man.

This is a fun dark little story about two small-time crooks–redneck Floridians, which are a breed apart from other rednecks–poaching gopher turtles and the rise of conflict between them; a charming if grim little tale. Craig gets both characters pitch-perfect, and the voice is also terrific. I read his Oh, Florida book and loved it; full of insights about Florida and how the crazy state came to be the way it is, it also brought back a lot of my own memories about summers in Florida when I was a kid–back in the 1970s, before it turned into the beachfront condo hell it is now.