Thursday! Yesterday was strange; I was enormously tired all day, it felt like I’d never woken up mentally the entire day. I wasn’t physically tired, I was mentally tired all day, and had little or no energy. I guess I didn’t get good rest on Tuesday night, despite sleeping fairly well. As such, I made little to no progress on anything yesterday.

The other night Paul and I watched the documentary Dancer, about Russian ballet dancer Sergei Polunin. (I guess that makes him a ballerino, which term has never really caught on; most male ballet dancers are just called ballet dancers, which is interesting.) The documentary was pretty amazing; particularly when it focused on showing him dance. I will be the first to admit that I have not watched nearly as much ballet as I would like to have; not as many ballets are recorded on film as perhaps we should wish. I have spent time on Youtube watching Nureyev and Baryshnikov and the gorgeous Italian Roberto Bolle, which is how I originally came across “Take Me to Church,” the video of Polunin dancing to the song and shot by Dave LaChappelle (if you haven’t seen it, you really need to; the things he can do–how high he can leap, how gracefully he can spin–just take your breath away). I really do want to write a noir about ballet; it’s on the list of things I want to write. 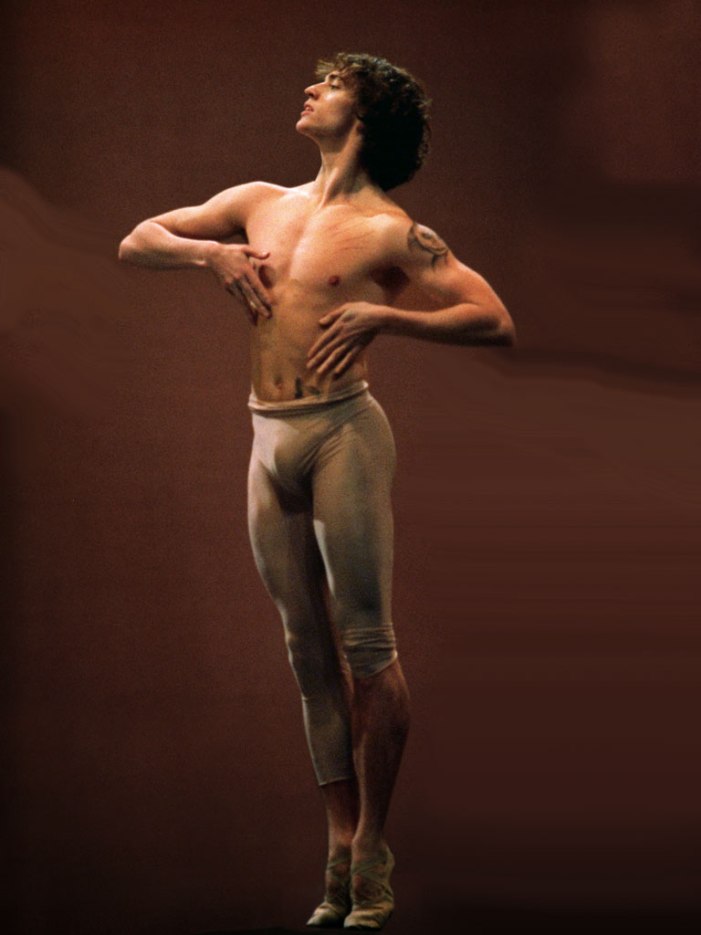 I will never, I fear, have the time to write all the books I want to write. This is one of the reasons I always beat myself up when I have either an unproductive day (yesterday) or a lazy one (say, last weekend, for example). But I somehow cannot write every day; no matter how much I try. I need to get focused on finishing my short story “A Whisper from the Graveyard,” and I need to start getting the Scotty rewritten as well as some work done on the WIP. July is slipping through my fingers, and with less than three full weeks left, time is running out. Which is how I then start berating myself and sliding into negativity, which usually correlates with self-flagellation, and a further downward spiral.

But, as I said earlier in the week, I did have a massive breakthrough on both the WIP and the Scotty; both are going to take some serious work, but I feel confident that I can get them done. Just not so confident that I can get them done by the end of this month, but hey, focus is the key. I want to get the short story finished, or at least a draft of it, before I can focus totally on the Scotty; and I really need to reread the entire WIP from start to finish, to make notes and figure out what and where can be salvaged and what needs to be jettisoned.

But I do highly recommend Dancer. I think, even if you aren’t a ballet fan or don’t know anything about ballet, if you’re an artist of any sort you would enjoy it; it’s really about sacrifice in the name of art and success; Sergei was separated from his family at a very early age in order to pursue his talent for dancing–the sacrifices his own family made are extraordinary (his went to Portugal to work to pay for the training; his grandmother moved to Greece to do the same, and neither saw their family for years; his family never even had the opportunity to see him dance after he went away to London to train) and how the enormous early success, plus not having any family to ground him, caused him to crash and burn–not in a dramatic way, he just had an emotional breakdown and walked away from his career not once, but twice.

One of the things I found most interesting was his own take on things–basically, he reached the pinnacle of dance at an early age, and then, what was there left to achieve? Which is an interesting concept, an interesting question, for any artist: when you’ve reached the top of your field, or produced your best work, what do you do next?  I kind of crashed and burned early last year, which resulted in a desultory year where I not only didn’t write but didn’t really want to; it is incredibly easy to fall into that trap. I failed to see the point in it anymore, and I once heard myself saying to someone during that miserable year, well, I’ve published this many books, no one can ever take that away from me, I will always be an author no matter what, and as the words came out, as I heard them, they bothered me.

It took me a while to realize that they bothered me because I hadn’t accomplished everything I had set out to do when I decided to take writing seriously some twenty-odd years ago; and there was a hint of resignation and defeat in the words. But I do think last year was necessary, for my personal growth as well as my professional. It made me take stock of things, made me remember what I wanted, and even though it took me a long while to get to a point where I was ready to write again and felt invigorated and recharged enough to do so.

I do feel like the work I am doing now is some of the best of my career thus far; so there is also that. Maybe I’m fooling myself and maybe I am not; we shall see.

And on that note, tis back to the spice mines.