Last night Paul and I had dinner at Galatoire’s.

Galatoire’s is a New Orleans institution; like Antoine’s and Arnaud’s and Commander’s Palace, it is one of those places you simply have to experience. This wasn’t my first time at Galatoire’s, but it was my first time there in a while. Galatoire’s was immortalized by Marda Burton and Dr. Kenneth Holditch in their book Galatoire’s: Biography of a Bistro, and Stella famously took Blanche there for dinner the night of the poker game in A Streetcar Named Desire. I don’t think I’ve ever been into Galatoire’s and left without feeling, at best, tipsy; at worse, staggeringly drunk. Last night I merely had a Bloody Mary and a glass of white wine; fortunately Paul and I had about a six-block walk to the car in the infernal heat of a late June evening, so I was completely sober by the time we got to the car.

We were at a dinner party in honor of author Lou Berney, whose last novel The Long and Faraway Gone is one of the best crime novels I’ve ever read, and whose next novel, November Road, drops in October (we were able to score ARC’s at the dinner). I’ve known Lou since Bouchercon in Raleigh, when he and I graced the stage on a panel with Lori Roy and Liz Milliron, moderated by the incomparable Katrina Niidas Holm. (Lori and Lou went on to win Edgars the following spring; coincidence? I THINK NOT.) It was a lovely evening, despite the extreme heat (and don’t laugh; it is unusually hot, even for New Orleans, this June; this is August weather).

Did I mention I got an ARC of Lou’s new book?

Today’s short story, the next one up in Promises in Every Star and Other Stories, is, of all things, a story about a baseball player, “Phenom.”

The arms around me hit a grand slam tonight.

It didn’t matter; we lost the game anyway. But I didn’t care. I’ve never really cared much about baseball. In fact, I’d never been to a game until our local team signed Billy Chastain. As soon as I saw him being interviewed on the local news, I knew I was going to start going to games. It’s not that I don’t like baseball, I just never cared enough to go. But all it took was one look at Billy Chastain, and I was sold.

The interview had been one of those special pieces. He’d been a high school star, played in college a couple of years, and then one year in the minors, where he’d been a force to be reckoned with; with an amazing batting average and some outstanding play at third base, he’d been called up to the majors for this new season, and everyone was talking about him.  I just stared at the television screen.

Sure, he was young, but he was also composed, well spoken, and seemed mature for his age. He was also drop dead gorgeous. He had thick bluish-black hair, olive skin, and the most amazing green eyes. They showed clips of him fielding and batting—and then came the part that I wished I’d recorded: they showed him lifting weights. In the earlier shots, it was apparent he had a nice build; he seemed tall and lanky, almost a little raw-boned; but once they cut to the shots of him in the weight room, I was sold. His body was ripped as he moved from machine to machine in his white muscle shirt and long shorts, his dark hair damp with sweat. As his workout progressed and his muscles became more and more pumped, more and more defined, I could feel my cock starting to stir in my pants. And then they closed the segment with a shot of him pulling the tank top over his head and wiping his damp face with it. I gasped. His hairless torso slick with sweat, his abs were perfect, his pecs round and beautiful, and the most amazing half-dollar sized nipples which I wanted to get my lips around.

I bought tickets and started going to every home game.

Our team sucked, to be frank, and it was soon apparent that there was no World Series or even division pennant in our future that year. But Billy was a great player and everyone was talking about him. He was leading the division in hits and had one of the highest batting averages in all of baseball. He made the cover of Sports Illustrated with the headline PHENOM, his beautiful face smiling out at people on newsstands all over the country. There were several shots of him inside without a shirt on; shots I had scanned into my computer, enlarged and printed out for framing. I made sure my seats were always behind third base, so I could get as great a view of him as humanly possible, in his tight white pants that showed every curve and muscle of his legs—and the amazing round hard ass I thought about when I closed my eyes and masturbated. Every so often he would look up into the stands and smile, saluting us with a wave.

I wrote “Phenom” for the Alyson erotica anthology Fast Balls; I was asked by the editor to write a story.

I’m not a big baseball fan; my parents forced me to play when I was a kid and yes, the experience was incredibly traumatic. I do love going to games and watching in person; but watching on television isn’t something I’ve ever really enjoyed a lot. So, writing a baseball story was a bit of a challenge for me.

Then I remembered, when I was a teenager in high school, following the Kansas City Royals, and a Sports Illustrated cover with young star Clint Hurdle with the word PHENOM on it…and I thought, you know, I can write about a player instead of the game, and that was my starting point: a hot young baseball star turns up in a gay bar after a game and a fanboy’s dream comes true. 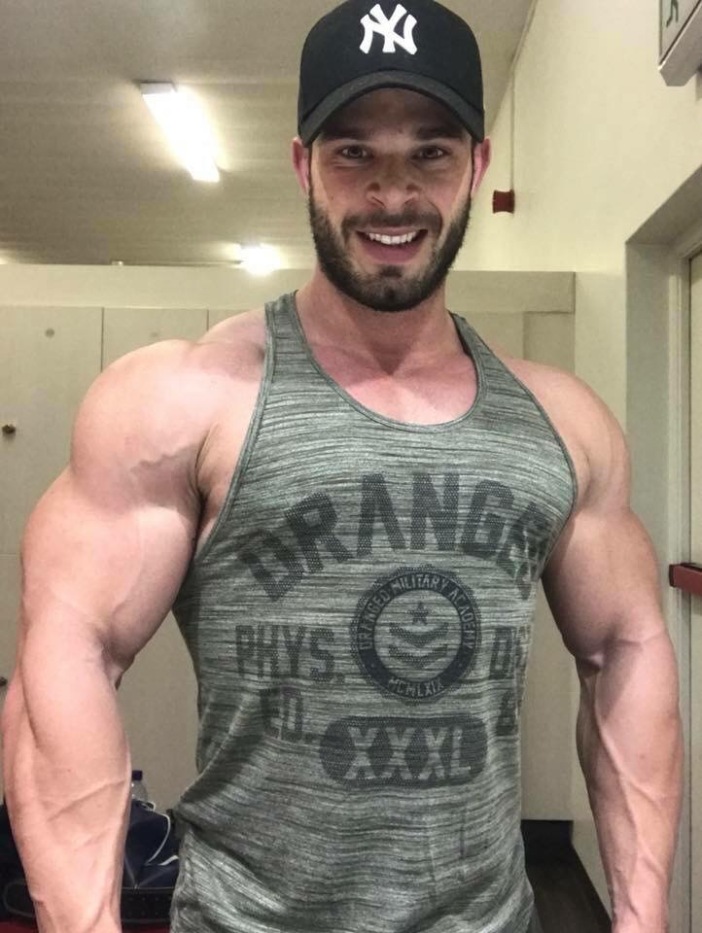