Well, it’s a chilly, gray Friday morning in New Orleans, Constant Reader, and we’ve managed to survive yet another week Again, this is a short work day for me at the office, so I’ll be able to make groceries this afternoon and go to the gym this evening before curling up in my easy chair with Karen M. McManus’ y/a bestseller, One of Us is Lying. (I will also continue with the Short Story Project, never fear! I just haven’t decided where I want to go next–whether it’s a single author collection or an anthology I want to dip into; or maybe go back to the Laura Lippman and Sue Grafton collections; mystery or horror.) I’m all caught up on posting about short stories after today’s post, too, so I need to decide, and soon.

Last night I worked some more on the WIP; moving on to Chapter Two. This chapter didn’t flow as easily as the first, and I only got about 1800 words done on it (which made the writing day a bit of a failure) but I also tweaked Chapter One a bit and got another 200 words or so added to it; a two-thousand word day is a win, for me, even if the goal is always to do at least three thousand–particularly considering how just last month I would have considered a hundred words a triumph. So, thus far this year I’ve written four short stories, one and a half chapters of the WIP, and one chapter of the Scotty–and I even know what the second chapter is going to be–which is how Scotty books usually work; no plan, but the next chapter reveals itself as I write the current. I also have tossed out the entire plot as it was; new victim, new everything. But I am hopeful I can get this all finished by the end of February; Mardi Gras notwithstanding. I also solved the problem with another manuscript I’ve been sitting on for a long time, and I know how to make it work as well now, but it’ll have to wait until I am finished with these two projects and another.

It feels so good to have my creativity kicking into gear again.

I also watched Riverdale last night, which has replaced Teen Wolf as the gayest show on television. Oh, sure, like Teen Wolf there’s only one gay character on the show; but all of the guys are fricking gorgeous with amazing bodies that are shown off pretty regularly–you haven’t lived until you’ve seen KJ Apa in a low cut singlet without a shirt underneath–and there was even a locker room scene where Archie was talking to gay Kevin, while in the background between them was some amazing hunk wearing only a towel standing at the sink–yay for gratuitous male bodies!

So, as this weekend looms I hope to get a lot done. We shall see how that works, but…hope springs eternal.

Today’s first short story is Sarah Weinman’s “The Big Town”, from Alive in Shape and Color, edited by Lawrence Block:

You don’t expect to see a portrait of your mother hanging on the wall of your gangster boyfriend’s living room. especially when the portrait shows your mother without a stitch of clothing on but for a pair of green heels.

“Where did you get that painting?” I asked, my voice more querulous than I wished. It was my first time in his house. I hesitated about a return visit even before seeing the portrait, but now I knew. I would not be back.

He turned to face the portrait. I looked at his back, the white collared shirt barely covering dark matted hair. I’d run my fingers through that broad, fleshy forest the few afternoons we’d fucked in a Ritz-Carlton hotel suite. Again I remembered what I found attractive about him: power, status, money. And what I found ugly: body, face, manners.

The story is really quite good and a poignant story about love and loss at the same time. The main character is a rural Canadian girl who ran away to the big city to avoid a prearranged marriage, her only future being a farmwife and having a passel of kids; she’s kind of become a good time girl, doing whatever necessary in order to survive on the fringes of society. But once she sees the portrait of her mother, who died when she was young, she becomes obsessed with getting the portrait away from the vile gangster and learning its history; how it came to exist in the first place.

I’ve read a lot of Weinman’s non-fiction before, and of course, just finished reading her stellar anthology Troubled Daughters Twisted Wives, which was exceptional. Nonfiction writing, however, doesn’t necessarily translate into good fiction writing; but Weinman hits the ball out of the park with this one. That yearning, sense of drifting is captured perfectly, and her main character is the kind of woman I like to read about; transitioning from a woman to whom things happen into a woman who makes things happen. The sense of learning more about her mother, that drive to know and understand her biological mother better, is something that resonates with every reader: how well do we really know our parents? Particularly if one parent died really young? This is a great story, absolutely great.

The second story I read was the last one in Alive in Shape and Color, Lawrence Block’s “Looking for David.”

Elaine said, “You never stop working, do you?”

I looked at her. We were in Florence, sitting at a little tile-topped table in the Piazza di San Marco, sipping cappuccino every bit as good as the stuff they served at the Peacock on Greenwich Avenue. It was a bright day but the air was cool and crisp, the city bathed in October light. Elaine was wearing khakis and a tailored safari jacket, and looked like a glamorous foreign correspondent, or perhaps a spy. I was wearing khakis too, and a polo shirt, and the blue blazer she called my Old Reliable.

We’d had five days in Venice, This was the second of five days in Florence, and then we’d have six days in Rome before Alitalia took us back home again.

I’ve not read any of the Matthew Scudder novels Mr. Block has been writing for decades; as I have said before, my education in my own genre is often sorely lacking in many regards. But this story was irresistible to me for several reasons–it’s set in Florence, for one, and of course it is inspired by Michelangelo’s David, which also has inspired me for a novel that I hope to someday write. The story begins as above, with Matthew recognizing someone in the piazza that he had arrested, and soon remembers the gruesome butchery of the case. The man comes over, introduces himself, and then invites them to his villa for lunch the following day. Elaine bows out of the lunch, and over the course of the meal the man explains, at last, why he committed the brutal crime Scudder remembers and never knew the motivation behind (he’d pled guilty, served his time, got out and retired to Italy; would that I could do the same!). It’s a macabre story of a stunted gay life, and how once he fell in actual love with another man he abandoned his old life without a care and took up a new one, that ended in tragedy. It’s actually quite good, and bravo to Mr. Block for taking on such a topic without dealing in tropes, or stereotypes; it was also lovely to read a gay villain, as it were. 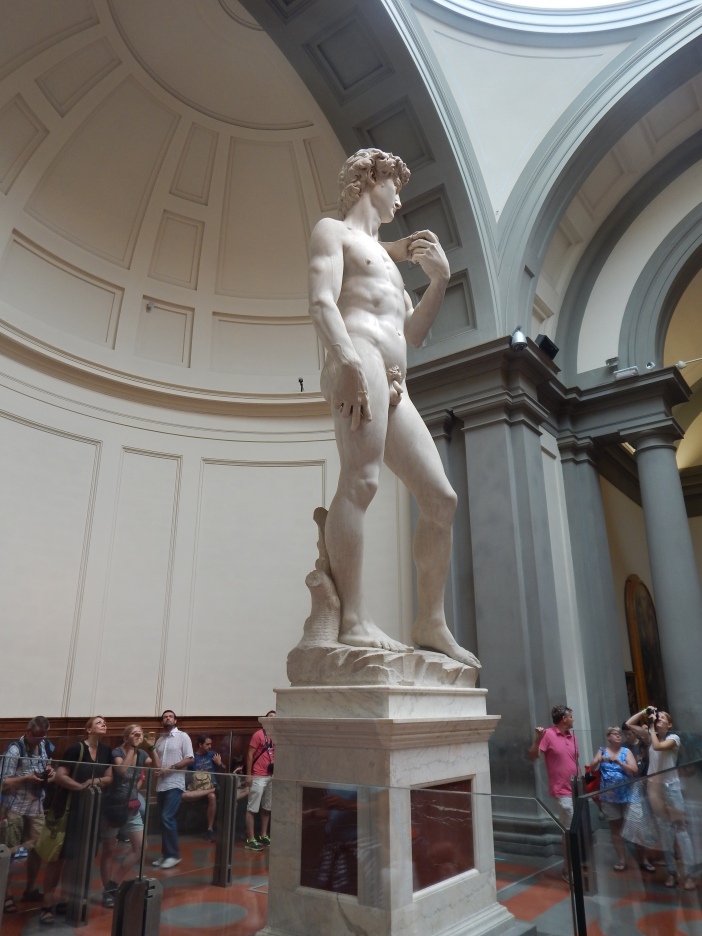