Friday afternoon on a gloomy, rainy day;  laundry is going and I need to get some things done.

But I don’t wanna.

But I am taking a break from all the mess that must be cleaned and the files that must be filed and the rest…and just want to sit for a spell.  I am in a much better mood than I was in yesterday–it really is astonishing what a difference not being tired can make–even though I was untimely ripp’d from my bed this morning. But that means, I hope, that I’ll sleep better this evening…provided I get all of this stuff on my to-do list done today. There’s no reason other than sheer laziness that I won’t, if I am going to be completely honest about things.

The breaking news on the Timmothy Pitzen story this week was so bizarre, and I have so many questions. In case you missed it, Timmothy Pitzen disappeared when he was seven years old…seven years ago. He and his mentally ill mother vanished–and then her dead body was found in a motel a few days later along with a note that said she’d given Timmothy to some nice people and no one would ever find him. A few days ago, a fourteen year old boy turned up in Kentucky and claimed to be Timmothy–and that he run away from two men who’d been holding him, crossing from Indiana into Kentucky over a bridge. DNA proved this kid isn’t Timmothy; so who is he, and how did he know about Timmothy? (Aside: why did Timmothy’s name have two m’s in it?) It reminded me very much of the plot of a television series I loved called The Family that aired a few years ago and only lasted one season; with a very similar type story–their youngest son is abducted from a park, turns up several years later but it turns out not to be him, after all, but another kid taken by the same kidnapper and held with the other boy–who died, and this kid escapes and takes on his persona. The first season ended with someone calling the family and asking for the returned son…and it turns out to be the real son, saying “You’ve stolen my life and I want it back.” IT WAS CANCELLED.

Especially since it was never resolved.

I had just moved to California when Steven Staynor returned home and became national news–Steven was abducted in 1972 and came home to his family in 1980. The case always fascinated me; what would it be like to be stolen from your family as a child, sexually abused for years, and then return home in your mid-to-late teens? I started developing a story based on that–I called it And Now, the Prodigal, which is a  great title but wouldn’t work because “prodigal” doesn’t mean a son who returns unexpectedly, but a son who’s profligate; who carouses and gets drunk and parties all the time (most people get that wrong, in my own defense). I’ve already remembered that story (plus Steven’s story was made into a book and a TV movie called I Know My First Name is Steven), and have always wanted to explore that dynamic in fiction…maybe I still will, someday. Steven died in a motorcycle accident when he was only 24; he’d had trouble adjusting to his family and there had been issues, obviously–but he was married, managing a fast food place, and had two small children when he died. In an even weirder twist, his brother was later convicted of murdering four women in 1999.

The reason Steven came forward in the first place was because he’d aged out and his kidnapper had brought another boy home. Steven took that kid and walked into a polive station, but all he remembered of his past life was his name: “I know my first name is Steven.” The young kid he rescued was one of his pallbearers.

Such a sad story.

And I guess this spice ain’t going to mine itself. 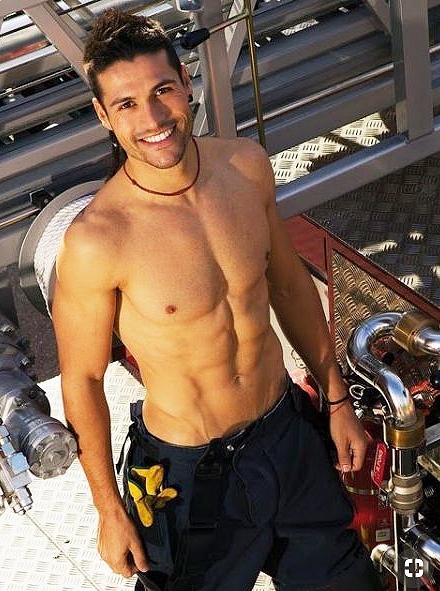