I loved to read when I was a kid; it’s something I came to early in my life and has never left me, really.

I used to  buy books through the Scholastic Book catalogue (which didn’t count against my allowance), and check out books from the school library and the Tomen branch of the Chicago Public Library, which was about three blocks from our apartment and on the way to Jewel and Woolworth’s; my mom used to drop my sister and I there while she went to the grocery store. When we got our allowances, she would walk us up to Woolworth’s, so we could spend our dollar-a-week. My sister would get 45 records, which only cost 79 cents.

I spent my money on comic books.

I started with Sugar and Spike and Archie comics; eventually I moved on to super-heroes and horror comics. My parents never restricted my reading material–they preferred to restrict my reading time only–and so i kept buying comics, all the way through high school, with occasional other forays into the world of comics throughout my life. (I have the comixology app on my iPad, and scores of comics I’ve bought and downloaded but have yet to read.) But comic books have always played a part in my life, inspiring me and teaching me how to tell stories in a different way than books do.

Recently, Alex Segura tagged me in a “post a comic book every day” thing on Facebook, and digging through the Internet to find the comics that influenced me brought back a lot of memories.

One of the strangest–but true–stories about my books and how they came to be is that Dark Tide was inspired by a comic book. This one, in fact: 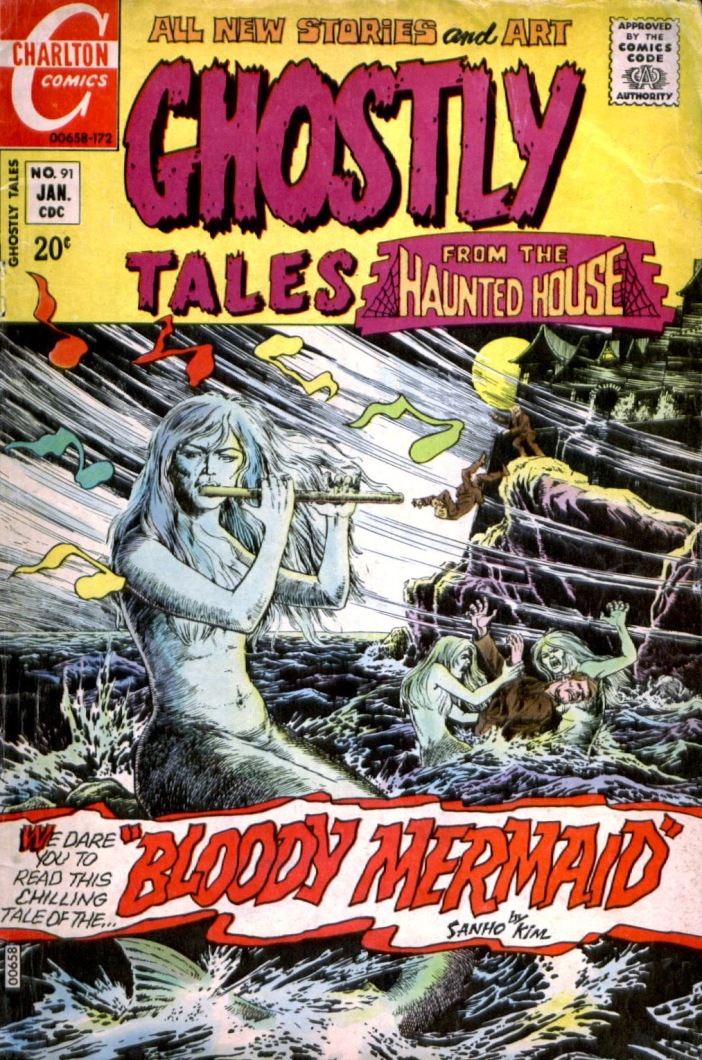 January 1972, when I was eleven years old, I chanced upon this comic book on the comics rack at the Woolworth’s a few blocks from our apartment in Chicago. I often bought horror comics from time to time, mixing them in with my super-heroes, but this one, for some reason, always resonated with me. I don’t know why I bought it, but that cover is pretty fucking spectacular, isn’t it?

In the 1980’s, when I wanted to be Stephen King, I started writing a horror novel called The Enchantress, which was totally about a killer mermaid. I wrote an introduction and four chapters before giving up because I didn’t know where to go with it from there–like I’ve said before, plot is always my biggest problem–and in all honesty, it was totally,  at least in structure, a rip-off of Peter Straub’s Floating Dragon. I also used the same types he did for the main characters: a woman, a young boy, a man in his early thirties, and a retired older man. All of it was bad other than the chapter introducing the woman, which I’ve tried at very times to reshape into a short story. It was also set in the panhandle of Florida in a small town named Tuscadega; which I used again as the setting for my story “Cold Beer No Flies”, in Florida Happens (available for preorder now!). I eventually renamed and revised the story into one called Mermaid Inn; again, keeping the story about vicious, killer mermaids. Mermaid Inn eventually morphed into Dark Tide; in fact, the entire story is pretty much set at a place called Mermaid Inn, only I moved it to south Alabama, below Mobile.

Wild that something I read when I was eleven inspired a book I published forty years later.

And were there killer mermaids? Afraid you’ll have to buy the book to find out. 🙂