Saturday morning in the Lost Apartment. I have work to do, errands to run, an apartment to clean, and weights to lift. And rather than getting started on any of it this morning, I am rather sitting in my chair, swilling coffee, and wasting time on the Internet.

Today I am going to spend some time writing, and reading–I want to get further along in Eryk Pruitt’s What We Reckon (#boucherconhomework) and last night I had an absolutely brilliant idea of how to structure that panel. Mwa-ha-ha. The panelists may not think it’s brilliant, but I do, and I am in charge.

This is going to be fun.

Next up in the Florida Happens anthology is a story by Debra Lattanzi Shutika. From her website:

“Hello, I’m Debra Lattanzi Shutika, author of Beyond the Borderlands: Migration and Belonging in the United States and Mexico (2011, University of California Press), an ethnography that explores the lives of Mexican immigrants and their American neighbors in Kennett Square, Pennsylvania and the transformation of their home community in Mexico.  Beyond the Borderlands is the winner of the 2012 Chicago Folklore Prize.

I direct the Field School for Cultural Documentation, a collaborative project with the American Folklife Center at the Library of Congress.  The Field School has completed eight community-based documentation projects, including the occupational culture of Arlington National Cemetery, two years in the Columbia Pike neighborhood in Arlington, VA (2011-12) the Alexandria Waterfront (2014), Arlington County Community Gardens in 2016 & 2017. We have also held two residential field schools in West Virginia. One in Morgan County in 2012 and most recently in the West Virginia Coalfields in 2018.

I also write fiction. My short story “Frozen Iguana” will appear in the 2018 Bouchercon anthology Florida Happens, and “Mirrors” appeared in Richard Peabody’s Abundant Grace: The Seventh Collection of Fiction by D.C. Area Women.  I’m revising a novel, The Other Kate, a mystery about postmodern changelings.

My current academic projects include a book-length ethnography about a documentation project with the National Park Service on the 50th Anniversary of Summers in the Parks. 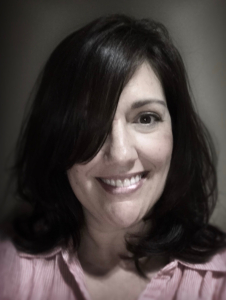 And here is how “Frozen Iguana” opens:

Jimmy turned off the water and stood in the shower, shivering.

He wrapped a towel around his waist and eased out of the steamy bathroom, the trailer floor creaking with every step.

Jimmy pulled the blinds back from the front door window. The thermometer read 36 degrees, the sixth day of the Florida freeze. The iguanas had started to fall out of the trees like junkies after a hit. Across the way a car door slammed. At midnight, Jimmy watched his neighbor Kate, wearing her scrubs, her auburn hair tied back in a ponytail, hop down from her truck and head for her trailer. For the next hour, he made the pilgrimage to the window to watch the comings and goings of the park. Three and a half Buds later, Jimmy fell asleep for the night on the couch.

There is nothing more annoying that the repetitive sound of frozen iguanas hitting the roof of your trailer, with the possible exception of a man hammering at your neighbor’s door. Jimmy stumbled out of bed and looked outside. It was six in the morning and there was a cop. At Kate’s door.

As the unofficial mayor of Paradise Lake trailer park, Jimmy Dickson knew every resident’s story. Jimmy stayed clear of the junkies and pushers, and he watched over the lost souls who somehow ended up here. Kate was one of his favorites.

He grabbed his hat and stepped outside.  Kate hollered, “Calm down!” Her breath rose in small clouds.

“You Kate Lucci?” The cop towered over Kate.

This is a terrific story, and I love so much that she chose to write a story around the south Florida iguana issue. I have a friend who lives on the Wilton River in Fort Lauderdale, and the iguanas–who live on an island just across from his property–drive him insane. They eat the fruit from his trees, they leave piles of iguana shit everywhere, and I have to say, in the morning when you are relaxing alongside the pool with your morning coffee, it’s a bit of a shock to see something moving out of the corner of your eye and then look over and see an enormous iguana just on the other side of the screen.

And yes, during a cold spell there a few years back there was, as Steve said, an ‘iguana holocaust’–most of them freezing to death. But it wasn’t permanent, and they are back.

The story is set in a trailer park in Broward County during a freeze–with frozen iguanas falling out of the trees fairly regularly. Kate works in a rehab facility, and one of her neighbors is in recovery for opioid addiction–and has overdosed. The cops dismiss it as just another relapsed junkie overdosing, but Kate doesn’t believe the story. The victim’s addiction had cost her custody of her kids, who were being brought over for a visit the next day–which means the relapse, at least to Kate, doesn’t make sense. Dismissed by the cops, with the assistance of another resident in the park Kate keeps looking into the strange relapse, continuing to find other indications that it may have been murder, and finally solves the case herself. What a great lot of fun!

And now I suppose I should get back to work.