Being off yesterday was kind of nice. I started a project I’ve been meaning to start all year (it was one of my goals set on the first of the year) and went to my storage unit. The goal is to clean a lot out of it, as well as get some more copies of my books out to replenish the supply in the Lost Apartment. I was actually worried that the boxes of my books were in the absolute back, but they weren’t. I was able to assemble three boxes of books to donate, found the copies of my own books I needed (hello, Bourbon Street Blues and Jackson Square Jazz!) and now that I’ve actually done it–it’s not as intimidating as I thought it would be. I’ve also always kept my papers–manuscript drafts, notes, etc–in manuscript boxes or small boxes that approximate a manuscript box; those don’t end up stacking well and you can only imagine how many of those there are. I’ve decided that the smart thing to do is get rid of those small, collapsing, not-so-sturdy boxes and assemble file boxes, and move the papers in there, labelling the new boxes appropriately. That way they’ll stack better, and will most likely create more room. And when I am moving all that stuff around, I can drag out other boxes of stored books to donate. So, yes, I am feeling inordinately proud of myself.

I started reading Eric Ambler’s Background to Danger, which I believe may be his first novel. It’s really quite good; Mr. Ambler certainly knew how to turn a phrase: One sunny morning in July, Mr. Joseph Bhaltergren’s blue Rolls-Royce oozed silently away from the pavement in Berkeley Square, slid across Piccadilly into St. James’, and sped softly eastward towards the City of London.

I so wish I’d written that sentence. While it’s ostensibly about the car and the drive into London, it also tells you everything you need to know about the passenger. That’s pretty masterful.

After taking the weekend off (from writing) I managed to get back to work. I intend to get the reread of the WIP finished over this week, and then the adjustments to the manuscript that need to be made done this weekend, as well as writing the query letter. I also hope to get some of the new Scotty written this week; Chapter Six is sucking big time.

Ah, well. I don’t have to go into the office until later today, so I should be able to get some work on it finished. We are greatly enjoying Harlan Coben’s The Five on Netflix; we’re about four or five episodes in, so about halfway finished. I have an excessively long day tomorrow, but that’s cool.

All right, I’ve got things to do this morning.

Here’s a Tuesday morning hunk for you: 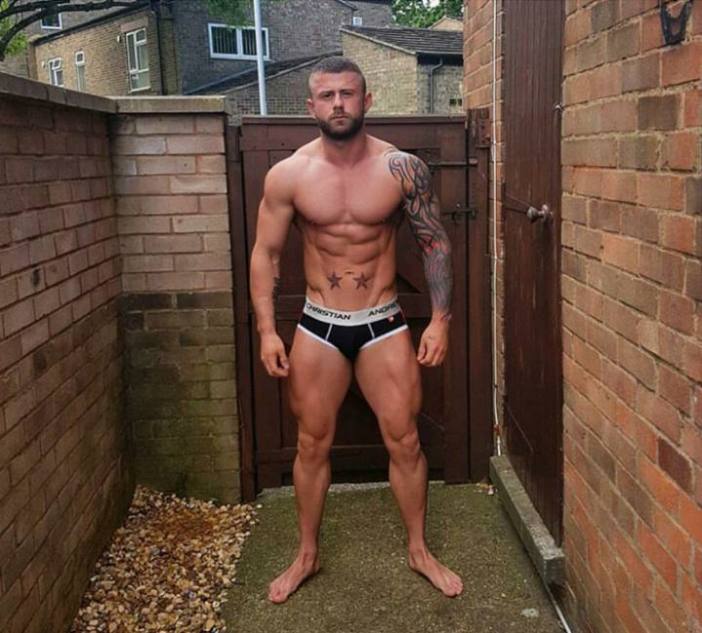