I slept well again last night, and I am beginning to think that maybe–just maybe–nightly insomnia has become a thing of the past for me. It’s so nice to not be tired every day, or dragging when I get out of bed, or having to take several hours to fully wake up and participate in the day with my full mind. Huzzah! Today is also my short day at the office (one of them, at any rate) and so tonight I am going to make my mac-n-cheese again, even though it will make a mess (I promised Paul I’d make him some last week when I made it for the potluck) and so I am destined to come home to make a mess to clean up, but when I got home from work last night I did some other cleaning and picking up around the house, rather than just sitting in my easy chair and doing nothing. I do have a load of laundry to fold, another to put in the dryer, and I need to empty the dishwasher; but I have plenty of time this morning before I head into the office.

I also didn’t write last night–I was sleepy when I got home, which is why I did chores–and even fell asleep in my easy chair sometime between nine and ten, waking up around quarter to eleven with a start. I do tend to sometimes, when really tired, doze off in my chair for a moment or two, but never for as long as I did last night. So whatever I’m doing in my life regarding sleep is working.

I did realize last night that a short story I am working on for an anthology submission–one I’ve been working on for several years, off and on, now–has the wrong title. This title is its second; the first title was good, but I had to change it because I decided to use that title for another story it fit better. As I was sitting in my chair last night, my mind drifting away to sleep, my mind zeroed in for some reason on this story–which is currently back-burnered, but despite that it’s still in my head, so it’ll pop out from time to time–and as I was reimagining the opening scene–which is set in a grocery store; the entire story takes place during the main character’s trip to the grocery store–it hit me squarely between the eyes: the title doesn’t fit. And when I don’t have the right title….the work doesn’t ever seem right. (Case in point: the current work-in-progress, Bury Me in Shadows, didn’t really start flowing until I changed the original title, Bury Me in Satin..and while no, I didn’t work on it at all yesterday, I feel really good about this final revision. The stuff I’ve done on the first chapter is solid, and I couldn’t be more pleased.)

I was also too tried to do any more reading last night, so I think after the mac-n-cheese goes into the oven, and once I have that mess cleaned up, I may curl up with Laura Benedict’s The Stranger Inside.

Or I might write. I’m feeling a lot better after my vacation about a lot of things, not the least of which is my writing these days. And while I may have only put about 1500 words of revision into effect with the book, those are  great words, and they are completely reshaping the story and turning it into what I’d envisioned it would be from the very beginning. I don’t know what on earth was the problem before–why I was having so much issue connecting with the stories and the characters–but I do feel them now; there’s a lot of family dysfunction that I was simply glossing over, and I always had an issue with contrivance with the story; it was necessary for my main character to spend the summer in Alabama, but getting him there felt completely contrived, and the way I was writing it and telling the story, it simply didn’t make sense for his mother to send him there–and the more I got into the actual story as it developed, the less sense it made; to quote Joan Didion, “the center would not hold.”

And when the center doesn’t hold, the entire cake will collapse.

Hence the stress, anxiety and borderline depression I’ve been suffering through the entire time I’ve been writing this book.

And on that note, back to the spice mines with me. Have a lovely day, everyone. 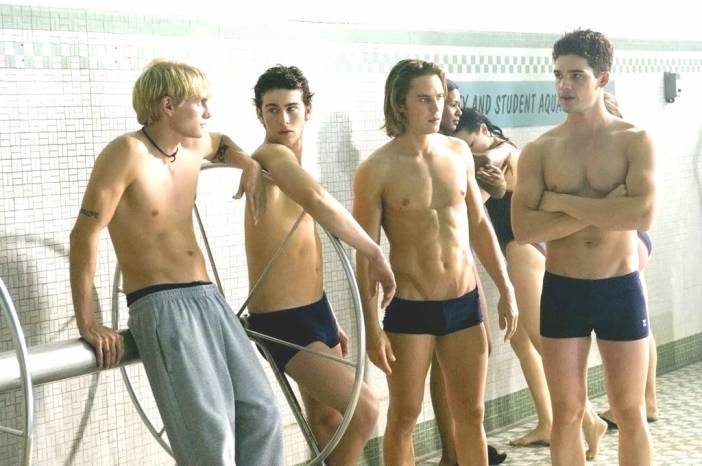