We watched Watchmen last night after Paul got home, and i have to say, I am really enjoying this show tremendously. It’s long past time that Regina King has had such a great spotlight for her talents, and while the story has been confusing–I never read the original comic series–it’s starting to all come together a bit more for me. This week’s episode, the back story of Looking Glass, pulled a lot of the story threads together to make sense.

I also watched another two episodes of Greatest Events of World War II in Colour, these last two being the Battle of the Bulge and the Dresden Firebombing, which was truly horrific. The very idea that people in a bomb shelter basically melted in the heat, that those who took refuge in the river boiled alive, and so forth…absolutely horrific. The questions of morality raised by the Dresden firebombing, and are we becoming what they are are certainly important questions, and ones that were never really asked back in the day. How does one justify the utter destruction of a city, and over 25,000 civilian deaths? On the other hand, it’s certainly true that the Nazis waged war relentlessly on civilian populations, and their behavior in occupied land was absolutely horrific; the Nazis also showed no signs of surrendering or relenting, even as they were pushed back across their borders and defeat became inevitable; it certainly seemed as though the Germans would fight to the very last man.

And of course, we haven’t gotten to the ultimate hard question of this war: were we, the Americans, justified in the use of nuclear weapons at Hiroshima and Nagasaki?

I’ve not started reading The Nickel Boys by Colson Whitehead yet, but I do have it in my bag, and perhaps between clients today I can find some time to get started on it. I didn’t write (yet again) last night when I got home from the office; my laziness and lack of writing every day is beginning to concern me. It’s getting to the point that any excuse will do–and that just can’t be, you know? I have so much to get done by the end of the year, and the clock is ticking inexorably away. There’s this entire idiotic mentality I seem to have acquired that oh you’ll be on vacation next week and you’ll be able to kick it into gear again then isn’t really working for me; I should be kicking it into gear this week. But if my sleep is going to be sucking again…yeah, I can’t even bear the thought of that possibility happening again. I didn’t feel quite so well when i first woke up, but that seems to be passing somewhat. The last thing I need in the world is to get sick again.

But again, today’s goal is to empty out the inbox–if I can–and make some progress, any progress, on some project I currently am working on. Again, we’ll see how it all works out.

It inevitably, invariably, does.

I started my new journal this week as well. I’ll still have to carry the old one around with me for a while–there are too many notes for projects in progress for me to risk not having it when I need it (hmmm, this is probably a symptom of my hoarder mentality that probably needs to be worked on–perhaps a goal for the new year?)–but in this case it’s true. I’ve had so many thoughts and ideas about this manuscript, that I kind of can’t remember them all, which is why I have been writing things down. Revising and editing and rewriting, for me, is a drudgery that I have to constantly remind myself that I actually enjoy doing.

And on that note, I think I’m going to dive headfirst into my emails. Have a lovely Tuesday, Constant Reader. 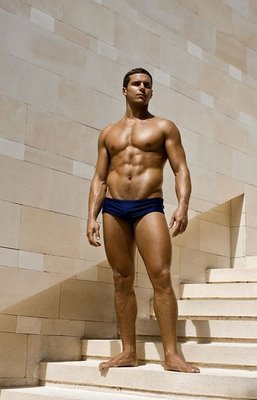