I’ve always loved Greek mythology.  Reading Greek myths is one of my earliest childhood reading memories (others include Scholastic book catalogues, The Children’s Bible, World Book Encyclopedia, etc.); and I have mentioned before that I would love to write a novel of the Trojan War. Mark Merlis’ brilliant An Arrow’s Flight is one of my favorite gay novels of all time. I also loved Mary Renault’s novels based on Greek myths (The King Must Die, The Bull from the Sea) as much as I loved the ones based on Greek history. And of course, I love love LOVE Rick Riordan’s Percy Jackson series and the sequel series, The Lost Hero. 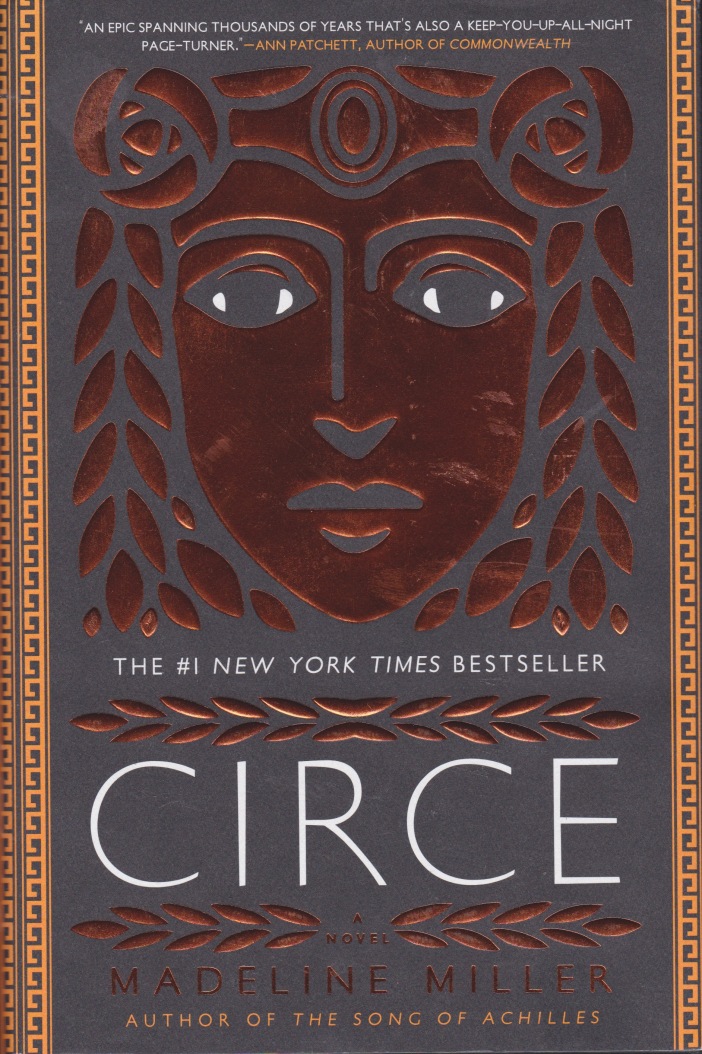 When I was born, the name for what I was did not exist. They called me nymph, assuming I would be like my mother and aunts and thousand cousins. Least of the lesser goddesses, our powers were so modest they could scarcely ensure our eternities. We spoke to fish and nurtured flowers, coaxed drops from the clouds or salt from the waves. That word, nymph, paced out the length and breadth of our futures. In our language, it means not just goddess, but bride.

My mother was one of them, a naiad, guardian of fountains and streams. She caught my father’s eye when he came to visit the halls of her own father, Oceanos. Helios and Oceanos were often at each other’s tables in those days. They were cousins, and equal in age, though they did not look it. My father glowed bright as just-forged bronze, while Oceanos has been born with rheumy eyes and a white beard to his lap. Yet they were both Titans, and preferred each other’s company to those new-squeaking gods upon Olympus who had not seen the making of the world.

Oceanos’ palace was a great wonder, set deep in the earth’s rock. Its high-arched halls were gilded, the stone floors smoothed by centuries of divine feet. Through every room ran the faint sound of Oceanos’ river, source of the world’s fresh waters, so dark you could not tell where it ended and the rock-bed began. On its banks grew grass and soft gray flowers, and also the unencumbered children of Oceanos, naiads and nymphs and river-gods. Otter-sleek, laughing, their faces bright against the dusky air, they passed golden goblets among themselves and wrestled, playing games of love. In their midst, outshining all that lily beauty, sat my mother.

The one upside to being sick is it gave me the chance to finish reading Circe.

It’s…incredible, marvelous, a joy to read and truly exceptional.

It is just as good as The Song of Achilles, her first novel, as beautifully written and lovingly told, and like Achilles, the end of Circe also made me weepy.

Miller, who holds both a BA and MA in Classics from Brown, writes absolutely beautifully. Like Renault, she is able to capture the magical music of words, so that the prose reads like a poem, a song, something the bards would sing around the fire in the houses in Athens, Sparta, Corinth or Thebes. Like Circe herself, Miller weaves a magical spell over her readers, draws them into this stunningly beautiful world where gods sometimes appear to mortals and intervene in their lives.

An unliked, ignored daughter of the sun god, shunned by her fellow nymphs and siblings, Circe grows up an outsider. She doesn’t have the voice of an immortal; the others complain about her screeching voice–it isn’t until much later that she discovers that she actually has the voice of a mortal, which is why the gods cannot abide it. She soon discovers power in plants and in words; she falls in love with a mortal and uses her knowledge to turn him into a god. But once she does this, he spurns her for another nymph, and she goes out in search of more powerful plants, ones that were grown out of the blood of a dead titan. She then transforms her rival into the monstrous beast Scylla, and is punished by being put in exile on the island of Aiaia, where she lives alone and becomes even more powerful by practicing her witchcraft.

She is present when her sister Pasiphae gives birth to the Minotaur; she knows Daedalus and his son, Icarus. Jason and her niece Medea stop on her island for her help in escaping her brother, Medea’s father. Odysseus and his men eventually arrive, and Circe’s life and destiny are changed forever. I won’t go any further than that, for fear of spoiling the story.

Circe is a story about finding strength in yourself when you are despised; of learning to trust in your own strength and power, and that even the most despised is worthy of strength and character and, most of all, love.

It’s beautiful and powerful and moving.

I cannot wait for Madeline Miller’s next book. I do hope she writes about Medea next.