For right now, I am trying to clear my head and figure out what I need to do. In the meantime….

I’ve mentioned that I’ve been watching Versailles and really enjoying it. I often talk about the sixteenth century and how I am utterly fascinated by it; I also love the seventeenth century, but in that particular century my fascination is almost entirely with France. Don’t get me wrong–the Stuarts in England were very interesting, and Charles II and the restoration period is definitely one of my favorites; but my heart, alas, is really in France.

And part of that, of course, has to do with Louis XIV. 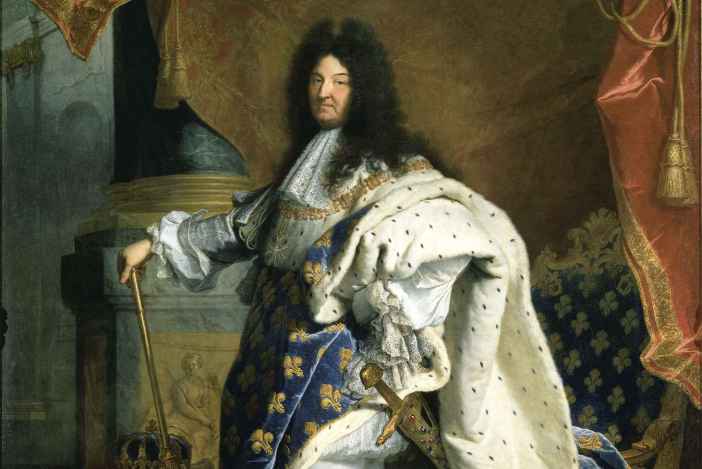 The Sun King, le Roi Soleil, le Grande Monarch. The third king from the house of Bourbon, who took the throne at age five and reigned for seventy-two years; which is the longest reign by a king (there were dukes and princes who ruled longer; but his was the longest for an actual King) in European history. His father was Louis XIII, the feckless and foppish king from Dumas’ The Three Musketeers; his mother was Anne of Austria, the Spanish princess whose honor the Musketeers and d’Artagnan were trying to protect/save (despite the fact, of course, that covering up the Queen’s adulterous affair with the Duke of Buckingham, the nation’s biggest enemy, was actually treason). His younger brother was Phillippe, duc d’Orleans; from whom most of Europe’s royal houses are descended. Louis XIV was the king who said l’etat c’est moi (I am the state), ruled without a chief minister, and centralized all political power in France in the person of the King; making him an absolute monarch and the envy of every other king in Europe who chafed under the rules and restrictions placed upon them by their governing bodies.

He also built the magnificent palace that was (is) Versailles; and because nobles couldn’t be trusted away from court–and also because he didn’t trust Paris, he made it mandatory for the court to live at Versailles, where he could keep his eye on them. It enhanced and centralized his power, but at the same time it planted the seeds for the eventual collapse of the French monarchy. But he built France into the major power all of Europe always had feared it could become; the conspiracies and ambitions of the great nobles had crippled the country for centuries–going back to the Norman conquest, which made the great northern province of Normandy the property of the king of England, setting both countries on the road to centuries of war and hatred.

Louis XIV fought several major wars in his later years, and France lost both, and was greatly weakened by those wars. But one must also take into consideration the fact that it took almost ALL of Europe combined years to defeat France in first the War of the Grand Alliance, followed almost directly by the War of the Spanish Succession. The fact that France was able to rally so quickly after defeat to wage another major war against almost all of Europe is indicative of just how strong and powerful the country became under Louis XIV. (Germany was also divided and squabbling for centuries, but that’s a tale for another time.)

I heard about this series a while ago, and it’s only recently become available in the US. I got it from iTunes.

The series takes place early in the reign of Louis XIV, shortly after his mother/regent Anne of Austria has died and he has taken control of the reins of government. (No mention of Cardinal Mazarin, though.) Louis’ distrust of his nobility and his capital came from the civil wars known as the Fronde, which took place when he was still in his minority, and were basically a revolt of the nobility–which the backing of the Parisians–against his mother and Cardinal Mazarin’s regency. It was eventually suppressed, but Louis never trusted his nobles again, nor did he ever live in Paris once he started turning his father’s hunting lodge at Versailles into the palace it became.

The show is beautiful. I know some of it was shot on location at Versailles itself, and the palace is breathtaking and awe-inspiring. I cannot imagine how amazing it must be in person. I’ve always wanted to go there, and now I really do.

The costumes! The sets! I love the way men dressed–well, royalty and the nobility, anyway–during this period. (The 1974 version of The Three Musketeers is one of my favorite movies of all time.) 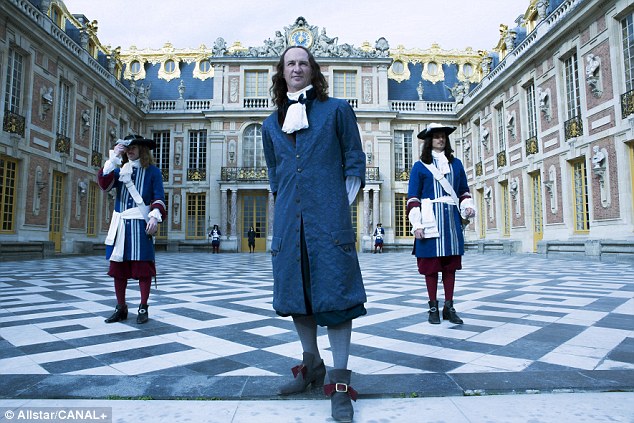 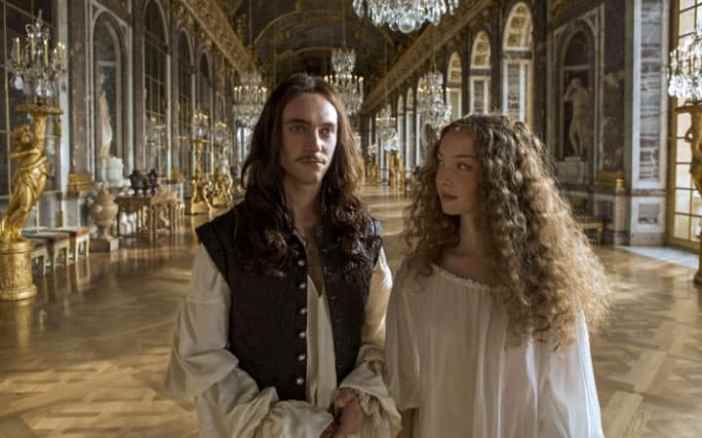 And of course, the fountains and the grounds.

The plot itself isn’t great–it gets off to a very slow start; and Louis XIV, while interesting, isn’t Henry VIII; his life doesn’t quite loan itself to the soapy fun that was The Tudors.

But they did not shy away from his brother Philippe’s sexuality…Monsieur, as he was known, preferred men to women; he had lots of children with his two wives, but he always had a male lover, or “favorite”, as they were called then.

I’m enjoying it, but it may not to be everyone’s tastes.