The 1980’s were an interesting time. The decade is sort of a blur for me in some ways–there was a lot of pot smoking and alcohol abuse and of course, the cocaine issue–but I also had fun, or so it seemed at the time. I sometimes wonder, when I am given to reflect on the past (something I seem to be doing more and more as I age) how different my life would be had I not, in fact, been living a double life in my twenties. But of course, these are the sort of things that are immaterial ultimately; if any single one thing in my past had been different, my life as I know it now would be different, and I am enormously happy with my present life. And I do remember that period of my life fondly; I remember going, many times, into a marijuana induced coma with friends while we watched endless hours of MTV, back when it used to actually show music videos.

Another popular show that we watched through the smoke was a syndicated series called Friday the 13th–the Series. 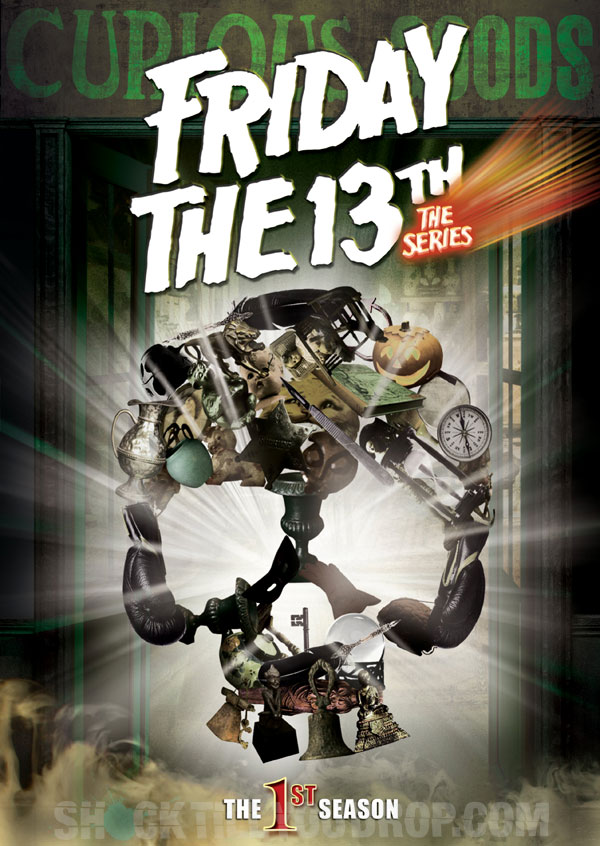 Every episode of the show began with a voice over:

“Lewis Vendredi made a deal with the devil to sell cursed antiques. But he broke the pact, and it cost him his soul. Now, his niece Micki, and her cousin Ryan have inherited the store… and with it, the curse. Now they must get everything back, and the real terror begins.”

Part of the problem, you see, was originally Micki and Ryan decided not to keep the store and had a big sale to get rid of everything inside. Then Jack Marshak, an expert in the occult, showed up and told them about Uncle Lewis’ deal with the devil and that every item in the store was cursed. In the first episode, they didn’t believe him, of course, until they started tracking down one of the items. Each cursed item had some kind of power related to what it was; a Cupid had the ability to make anyone fall in love with the person who owned it, for example. The problem was the blood curse on every item–in exchange for the use of the item’s power, the person using it had to kill someone, or the item itself would kill someone. The show followed the three–Jack, Micki, and Ryan–as they tried to track down each item.

The reason I even discovered the show in the first place was because one of my friends thought Robey, the actress who played Micki, was hot.

She also had a bad case of serious 80’s hair.

But it was a clever idea for an anthology/horror/supernatural style series, and it last three seasons. I kind of got sucked into it, and still remember it fondly. It was syndicated, so it was much lower budget than it would have been had it aired on a network. It was available for streaming on Amazon Prime recently, and the last time I was doing cardio I was rewatching….alas, for my month of horror, it’s no longer available. Rewatching made me realize just how low budget the show actually was; but it would be a great thing to reboot for the modern audience.