One of the more interesting things in Stephen King’s Danse Macabre was his dissection of the common core at the root of all horror stories; the conflict between between the Apollonian and the Dionysian worlds; in that all horror stories begin in an Apollonian (or seemingly Apollonian) world where everything makes sense, everyone is just going about their business, and into that world something Dionysian is introduced, and the conflict, the point of the story, is to vanquish the Dionysian and return everything to the Apollonian; he further used Dr. Jekyll and Mr. Hyde by Robert Louis Stevenson as an illustrative example of the two sides; in which Dr. Jekyll is a man of the intellect, of reason, while Mr. Hyde is all pure emotion, sensuality, and chaotic action.

I’m probably explaining it badly (I am no King, after all), but it really does work thematically as you look at most horror (it doesn’t fit all horror stories, of course; nothing can possibly and simply explain an entire genre). It also kind of explains why I am not such a good horror writer; I am not well enough versed in the genre–fiction and non-fiction–to write it credibly. I mean, isn’t that why I devote so much of my reading time to crime fiction? To make me a better crime fiction writer?

Sigh. Yes, I do have a rather strong grasp of the obvious.

Rereading Danse Macabre, I also realized that many of my horror stories–most of them, if not all of them, actually–subscribe to the ethos of what King called “the EC Comics mindset.” EC Comics were long gone by the time I was a kid, but I did read the DC comic versions, House of Mystery and House of Secrets. 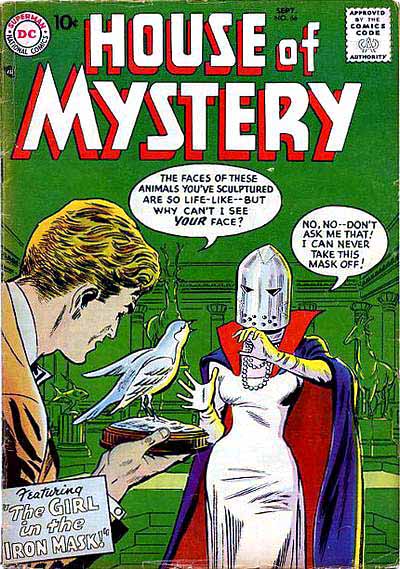 There were usually two or three stories in each issue, and like the old EC Comics–the Tales from the Crypt style–there was a narrator of sorts, a curator of the House of Secrets or the House of Mystery–who would introduce each tale. It was either a horror/supernatural story, or some kind of noirish story where the main character was going to do something criminal or bad, and got their just desserts in the end.

King himself does this in a lot of his own short stories, but being a better writer and more creative, he can make it work.

The short story that I finally finished last night is sort of like that, only it’s noir, not horror. I need to revise it–i will do that today, and spend the weekend revising some other stories I want to submit–but it’s interesting that I always try to go for the twist ending in my short stories.