It is highly ironic that, on National Coming Out Day, I was reminded of the existence of someone whom I hadn’t thought about in years; someone who, back in the days before my first novel came out was editor of a gay fiction publication (whose name is, in fact, lost in the mists of time). I remembered emailing him, when I was working for Lambda Book Report, to see if we could do a piece on the magazine, what he was looking for in terms of submissions and so forth–my vision of Lambda Book Report, was to make the magazine not only about reviewing books but also to provide resources and support for aspiring LGBTQ writers and publications (the way I described my vision was “an LGBTQ hybrid of Publishers Weekly and The Writer“). He emailed me back, having totally misread my email and its intent with the simple sentence, I’ve had to reject much better writers than you.

I didn’t bother responding; I never had trouble finding material or pieces to fill the magazine to waste my time explaining myself to such a rude piece of shit. And yes, I admit it, I was small enough of a person to enjoy the moment when I heard his publication folded, and when his own first book disappeared without a trace. I’d forgotten he even existed until this morning.

I suppose it’s small of me to even mention this today; but it’s also nice to be reminded, every once in a while, that my voyage to becoming a published writer wasn’t always as smooth as I remember. But I digress; it’s still October, it’s still my month to write about horror, rather than the horrors of being a writer–and I have decided, in honor of National Coming Out Day, to write about two books that showed me that there was the possibility of such a thing as gay horror: Steam by Jay B. Laws, and Queer Fear, an anthology edited by Michael Rowe. 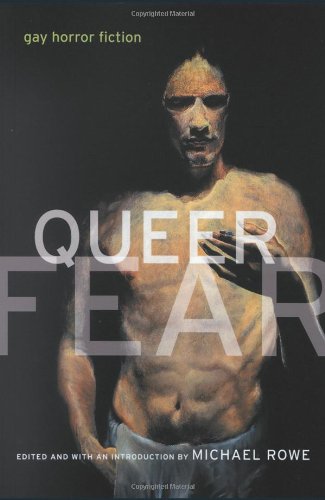 Queer Fear (and its sequel, aptly titled Queer Fear II) was a revelation to me. The stories (by authors like Douglas Clegg, Michael Thomas Ford, William J. Mann, Gemma Files, Caitlin R. Kiernan, and Nancy Kilpatrick, among many others) were extraordinary; great horror, terrific writing, and inspirational for me as a horror fan. I reviewed both editions for Lambda Book Report, and I still have my copies of both somewhere; I kind of want to dig them out and reread them again. Both were nominated for Lambda Literary Awards; the second won. It was when I found out there wouldn’t be a third (which I still think is criminal) that I decided to put together one of my own,Shadows of the Night. 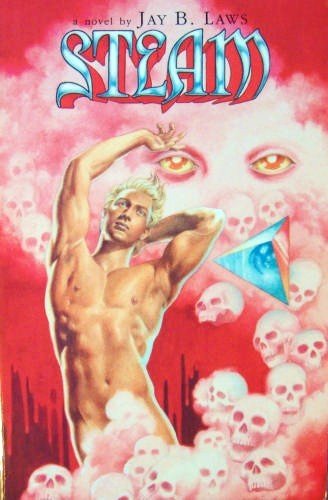 It’s been years since I read Steam, and I don’t know where my copy is; I know I still have it. Jay B. Laws only wrote two books before dying far too young from HIV/AIDS in the early 1990’s; he was an extraordinary writer. (I have a copy of the second, The Unfinished, but haven’t read it.) When I was senior editor at Harrington Park Press I wanted to reprint both books, but I was never able to uncover who owned the rights to them; Alyson had originally published them but they were long out of print, and of course, Laws was deceased.

Steam was not only a great horror novel–terrifying, really–but it was also a powerful allegory about HIV/AIDS itself. In the story, there is a demonic presence in one of the bath houses in San Francisco, that is spreading and getting more powerful as it kills; and in order to save the men they love, some gay men have to go into the possessed bath house to kill the demon and close the portal to hell. It was an amazing, amazing read. I think I read it over the course of one day; I’ve always regretted the loss of Laws and the books he could have written.

One thought on “Joy to the World”