Since October is, for me, the month of Halloween and therefore irrevocably tied to the horror genre, as Constant Reader already knows, I have decided to write only about horror in this month. I am casting my mind back, as it were, over the years and trying to remember what films and books drew me to the genre in the first place. As an author, I am often asked in interviews or on panels about influences, and while there are certain answers that I always give–Shirley Jackson, Stephen King, James M. Cain, Daphne du Maurier–there are often authors, books, films and television programs I forget at the time. (I once made a list of my favorite movies in response to a meme…and somehow forgot to name what could possibly be my favorite film of all time: The Princess Bride. In my defense, I often do these things very quickly and off the top of my head. )

So, in talking about the genre this month, I am also trying to dig deeper and not write about influences I have talked about before; or at least I am going to try not to–there is simply no way I can write about horror and not, for example, talk about Thomas Tryon’s terrific The Other, or Ira Levin. I do feel as though I’ve talked about Shirley Jackson and The Haunting of Hill House ad nauseum already; likewise with Daphne du Maurier’s sublime “Don’t Look Now.” (I may give in to the inevitable temptation and do so before the 31st; but I am going to honestly try to resist those temptations.) 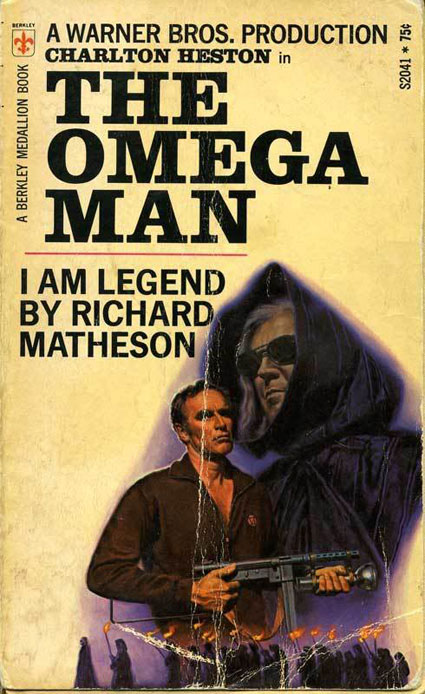 I think I was twelve when I first read something by Richard Matheson: I Am Legend. It had recently been made into a film starring Charlton Heston (I’ve seen the film, renamed The Omega Man. It’s okay, but not as good as the book.) I Am Legend, for those not familiar with the story (it was also filmed again sometime in the last decade or so, with Will Smith. I have not seen the remake), is one of those “last man on earth” stories; only in Matheson’s world, a terrible plague has turned everyone who has not died into vampire-like creatures. The last man on earth is Robert Neville, who somehow is immune to the plague. He barricades himself up into his home at night while the vampires try to find a way to either get inside or taunt him, hoping to lure him out–while during the day he scavenges for supplies and kills vampires by staking them through the heart (the matter-of-fact description of him doing this is chilling and has always stayed with me; there are several scenes in Stephen King’s ‘salem’s Lot where the gang of heroes also hunts and stakes vampires during the day–when I first read ‘salem’s Lot this reminded me of Matheson’s book. Likewise, when I read Stephen King’s apocalyptic novel The Stand, it again reminded me of Matheson’s book.) I Am Legend isn’t just a scary book about the aftermath of the end of the world though; there’s a lot of thought given to what it means, what this new society of people, this Brave New World of vampire-like people will be like, and what it’s like to be the last of your own kind. I didn’t catch a lot of this when I was a kid, and frankly, as it delved more into philosophy towards the end the unsophisticated reader I was found it a bit disappointing. When I revisited the book in the 1980’s–I went on a Matheson kick, and was delighted to discover that many episodes of television shows, or films, that I greatly enjoyed were actually based on Matheson’s work: Somewhere in Time, What Dreams May Come, Stir of Echoes–it’s quite an extensive list. 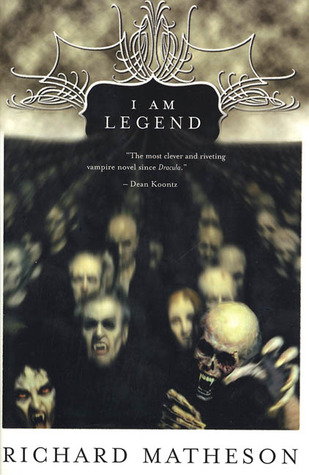 I also read Hell House when I was about thirteen, but didn’t connect that Matheson had written both books. Hell House, about “the Mount Everest of haunted houses”, was similar in structure to Shirley Jackson’s The Haunting of Hill House, but also very different. It was made into a terrifying film called The Legend of Hell House, which I recently rewatched, and actually holds up. (As a weary, cynical adult, I can see how cheaply the film was made now; but it’s just as spooky and scary as it was when I was a teenager and it terrified me.) 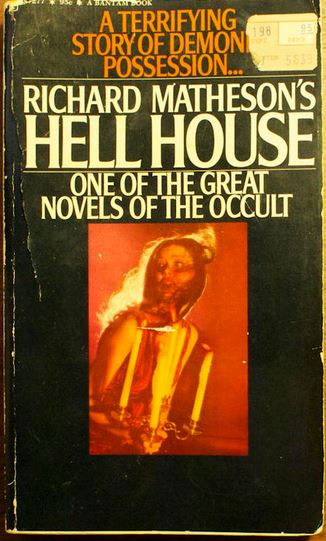 That was the version I originally read; this is the one I reread: 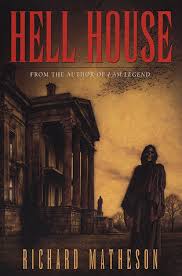 Again, I would love to spend a week in a mountain cabin sometime revisiting Matheson’s work.